Is Iran trying to provoke Israel against Russian assets in Syria? 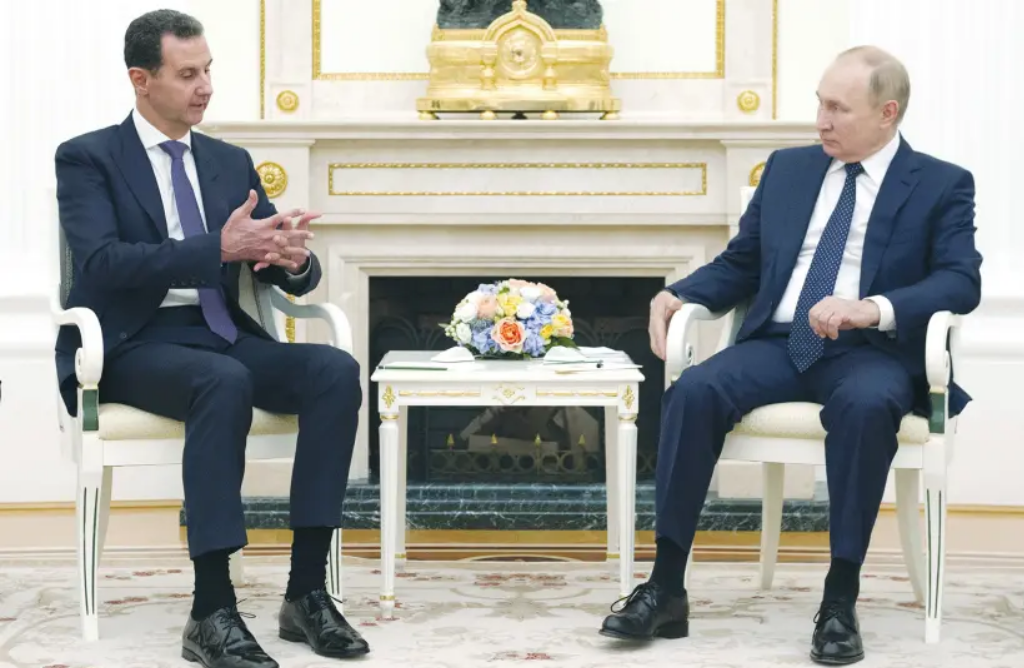 Why would Iran want to incite Israel to strike Russian personnel or facilities in Syria? To answer that question, we need to understand the evolution of Iranian and Russian interests in Syria, which have diverged over time. Today’s post-war situation in Syria is very different from just a few years ago when Assad was hanging by a thread for his survival. At that time, Russian and Iranian interests aligned in their shared desire to defeat ISIS and prop up the Syrian dictator.

Iran’s goal has always been to turn Syria into an Iranian vassal state in the image of Hezbollah in Lebanon. During the reign of ISIS, when it controlled much of Syria, Iranian assistance helped thwart the Islamic State. This aligned with Russian interests, strengthening its Syrian ally. At that time, Syria’s Assad, Putin, and the Supreme Leader all wanted to destroy the Jihadists of the Islamic State. Once ISIS was subdued, the interests of Iran, Syria, and Russia began to diverge. Although Iran and Russia remain simpatico in their desire to embarrass and chase the US out of the Middle East, their next steps and aspirations don’t necessarily mesh.

Iran is well aware of the changing dynamic, and it would like to advance its interests by creating a fissure between Israel and Russia. What better way than to provoke Israel to attack Iranian targets in Syria, purposely placed by Iran as close as possible to Russian bases and soldiers, hoping for an Israeli mistake. Even with the Russian-Israeli deconfliction hotline, missteps can happen. Remember the Syrian downing of a Russian jet in 2018 after Israel flew jets near Latakia province, misidentifying a Russian plane as being Israeli. Israeli strikes near Latakia where Russians are stationed are not unprecedented, though they are rare to avoid accidentally striking Russian assets.

In addition to reinstating a dependent puppet, Russia’s goal in Syria was to expand and make permanent its naval base in Tartus and air base in Khmeimim in Latakia province. According to Al-Monitor, the war zone’s satellite images of the expansion of the Russian air base in Khmeimim “would allow the base to support more regular deployments of larger and more heavily laden aircraft, including heavy airlifters and even potentially bombers,” changing the balance of power. A researcher at the Jusoor Center for Studies and Development told Al-Monitor, “The expansion also carries a message to the new US administration – that there will be no immediate withdrawal of the Russians and that Syria is a major area of influence for them.”

Russia wants a stable Syria to permanently influence the Levant at little cost. It wants its air and sea base in Latakia province to become a permanent part of the Mediterranean landscape, projecting power and influence in the eastern Mediterranean. This comports with Putin’s desire to recreate an assertive Russia, evidenced in the last decade by its expansion into Crimea, Georgia and today’s threat to Ukraine.

Iran also wants to permanently control Syria as a northern outpost in its grand plan to encircle Israel, creating a ring of immunity against Israeli threats to strike its nuclear weapons program facilities in the Iranian heartland. It also threatens Jordan from both the north in Syria and the east from Iraq with Iranian-controlled militias, as Jordan would be vulnerable and have to capitulate to Iranian influence.

Israel knows that if Iran is permanently embedded in Syria, its security would be significantly impaired. Nothing would change unless there was a revolution in Iran changing the malignant regime or another uprising in Syria. Today, Israel understands that Russia has allowed it impunity to strike Iranian targets throughout Syria as long as it is coordinated with them first. This may or may not last.

Some analysts believe that weakening Iran’s hold of Syria may now be a Russian goal, as a Syria without Iranian influence would allow Israel to stop targeting Iran in Syria. Israel is more than happy for a return of Assad under the thumb of Russia, as they had 40 years of relative quiet during the Assad reign. What Israel cannot countenance is Syria under permanent Iranian control, and this is where Russian and Israeli interests intersect.

Russia is now flying missions with Syrian jets to reassert Syrian authority over the whole country. This should not pose a problem unless Russia changes the rules of the game and limits Israel’s access to Iranian targets. That would be a game-changer that would benefit Iran and endanger the détente Israel and Russia now enjoy in Syria.

Even if Russia doesn’t want Iran to transit weapons near its military bases, does it have the will or power to stop Iran? With Russia on the verge of attacking Ukraine, the last thing it wants is to deal with Iran or Israel over Syria.

According to Nicole Grajewski, international security fellow at the Harvard Kennedy School of Government, “Although Russia and Iran have converged around the overarching objective of strengthening the Assad regime, Moscow and Tehran’s engagement in Syria illustrates a complex mosaic of overlapping interests… [and] diverging views on military reform… However, these disagreements are unlikely to lead to a breakdown of the relationship.”

Which brings us back to the large-scale Israeli attack in Latakia in December. According to the Times of Israel, videos showed massive explosions and fires raging across the port, likely from secondary explosions of Iranian munitions… For years, Israel avoided conducting strikes against the Latakia port due to the large presence of Russian forces nearby, despite Iran allegedly using the terminal to transport advanced munitions through it to its proxies in the region, notably the Lebanese Hezbollah terror group.”

Expect Iran to continue to test Russian resolve and place an ever-growing number of weapons closer and closer to Russian bases, hoping for an Israeli mistake. Prime Minister Naftali Bennett has likely discussed this possibility with Putin, hopefully outlining contingencies if an inevitable error happens and Russians are killed. What is certain is that the US does not influence Syria, even with its soldiers still in harm’s way in eastern Syria at al-Tanf, allowing them to be target practice for Iranian militias without any meaningful response.

For the foreseeable future, this means Israel will have to walk a tightrope with Russia.