MEPIN Seminar to Israel May 15-21st 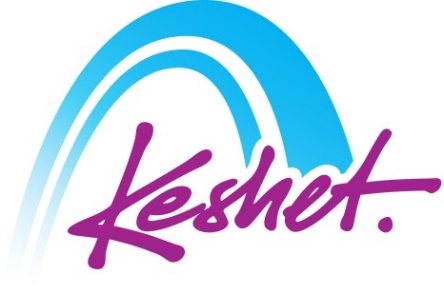 For many years I have organized in-depth seminars in the Middle East. Some of my readers have asked to be notified when my next trip is taking place.
It will be from Sunday morning, May 15th, through Saturday, May 21st.
Take a look at the itinerary, and if you are interested, let me know; I will put you in touch with Einav, einav@keshetisrael.co.il, who is arranging the logistics for this year’s seminar.
The cost is approximately $5000-$5800 pp depending on single or double occupancy, not including airfare.
We keep the number of participants small, so there are only a few spaces still available.
Let me know if you have any questions.

For the last 15 years, Keshet/MEPIN has run an annual seminar that opens the world of internal Israeli discourse on core security and societal issues to our select group. Over the course of a very busy week, we conduct field trips and meet with many of Israel’s most influential thinkers and strategists, as well as a cross-section of the social and political activists who are shaping Israeli society in the 21st century.
The format of our sessions is informal to encourage free-flowing conversations that foster an understanding of Israel and the Middle East that goes far beyond what one can learn from the media. The Insight Seminar was initiated by Dr. Eric Mandel, founder of MEPIN (Middle East Public Information Network) and Senior Security Editor of the Jerusalem Report/Post, and Yitzhak Sokoloff, the founder of Keshet Educational Journeys. Our group includes Jewish community activists, journalists, artists, academics, and a wide range of professionals who share a passion for Israel and vast curiosity about its place in the Middle East. Most return year after year, and some have been with us on all fifteen trips.

The 2022 Seminar will look closely at flashpoints with strategic significance for Israel’s future.

FROM GAZA TO TEHERAN AND BACK

THE ELEPHANT IN THE ROOM- THE MIXED CITIES

ISRAEL AND LEBANON IN THE SHADOW OF THE HIZBULLAH

JERUSALEM IN THE EYE OF THE STORM

Jerusalem seems to be a city that inspires more passions per square foot than anywhere else on earth. For Jews, its unification in 1967 is an ongoing source of pride. For Arabs and particularly for Palestinians, it remains one of the two most explosive issues on their agenda (the other being refugees) and one which regularly rears its head as a source of violence that threatens the peace of the city and the region. Today we will attempt to decipher three aspects of the Jerusalem conundrum: the status of Jerusalem’s 180,000 Arab residents, who live under Israeli sovereignty but who do not automatically receive citizenship, the fate of neighborhoods whose original Jewish residents were expelled and replaced by Palestinian refugees, and the ongoing question of Jerusalem’s status in any future peace agreement.

BRIDGING THE UNBRIDGEABLE OR “IS THERE LIFE AFTER BIBI”

Since 2019, Israel has undergone four elections, three of which led to almost total paralysis and the fourth resulting in a government that has broken every precedent in Israeli political history.

We will devote our day to understanding the remarkable changes that have taken place in Israeli politics over the last year, including an Arab Islamist party as part of the ruling coalition. The coalition has radically opposing views on policy towards the Palestinians, and most everything else, and the ongoing controversies that impact relations between American Jews and Israel. Truly interesting times.

Coordinating meetings with political figures will require flexibility in our planning and scheduling, and one might ask- why not just attend a conference where they all appear in any case. The answer is the unique ambiance of our seminar, which provides an opportunity for meaningful, informal, off-the-record conversations that go far beyond the “sound-bite” format of most public forums.

It is too early to pin down the schedules of Israeli cabinet members and political leaders, but we will issue invitations to several who played critical roles in the establishment of the new government and whose portfolios include topics of crucial importance to Israeli society and to the relations of Israel and American Jews. We will issue invitations to the following and work as many as possible into our schedule:

*Speakers and site visits are subject to confirmation.