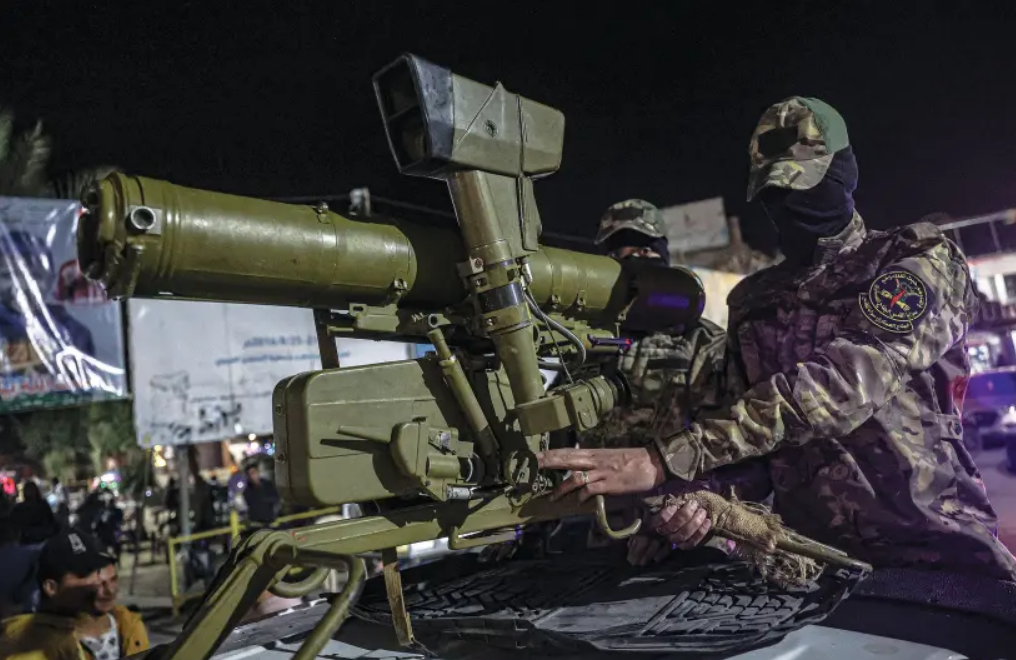 During my briefings for Senate foreign policy aides this month, questions about Iranian intentions were front and center. How close is Iran to a nuclear weapon, will Israel launch a preemptive strike on Iran’s nuclear facilities and what about Iranian drone transfers to Russia?

Far down the list were questions about the terrorist groups Hamas, Palestinian Islamic Jihad (PIJ) and the Al-Aqsa Martyrs’ Brigades, as well as the stability of the Palestinian Authority in Judea and Samaria. Entirely off the aides’ radar was the increasing violence and anarchy in Samaria, where the P.A. has lost control of security.

But this may be the next major hot spot of destabilization in the region. On Tuesday, Israel arrested the head of PIJ, putting the region on edge. According to the Shin Bet, Bassam al-Sa’adi was “establishing a strong military force in Samaria (and) was a significant factor in radicalizing the organization’s operatives.”

To understand how precarious the P.A.’s hold on the area actually is, just look at Nablus and Jenin. If not for the IDF and Shin Bet, the terrorists of Hamas and PIJ, as well as the Al-Aqsa Martyrs’ Brigades and Tanzim—the terrorist wings of P.A. chief Mahmoud Abbas’ Fatah party—would be in complete control. And in a world where my enemy’s enemy is my friend, these rivals work together against Israel. For example, PIJ recently announced that its Nablus Battalion coordinated terrorist activities with the Al-Aqsa Martyrs’ Brigades.

According to analyst Khaled Abu Toameh, “The Palestinian Authority is rapidly losing control of the northern West Bank, where hundreds of gunmen belonging to the ruling Fatah faction and Palestinian Islamic Jihad (PIJ) … are flooding the streets of Nablus and Jenin. The P.A. won’t stop them because they will look like collaborators with Israel. The P.A. is both afraid and unwilling to deal with the gunmen.”

The Meir Amit Intelligence and Terrorism Center reported that Palestinians threw IEDs and shot at Israeli security forces in Nablus last week. The Israeli forces later found a large cache of weapons in the area. The Israeli target was Ibrahim al-Nablus, a wanted Fatah terrorist. Last month, the Shin Bet arrested another Fatah-affiliated member of Tanzim who was responsible for a bombing that killed an Israeli soldier in 2006 and wounded a commander of the Al-Aqsa Martyrs’ Brigades in a firefight.

A report by Al Jazeera in July quoted an unnamed senior international diplomat working in Judea/Samaria saying, “I am worried about the West Bank. I see Hebron, Nablus and Jenin not looking good, and I would worry about possible chaos; and if Israel decides to intervene more forcefully, there could be much violence.”

Abbas keeps threatening an “explosion” in Judea/Samaria unless he gets what he wants. So, the U.S. and E.U. keep supplying him with hundreds of millions of dollars, even though they know most of it won’t get to the Palestinian people. There is a name for this: extortion.

This is the 20th anniversary of the Palestinian bombing of the Hebrew University of Jerusalem, which killed nine and injured 80 innocent civilians. So how did the P.A. commemorate this infamous anniversary? It raised the salaries of the four imprisoned terrorists who committed the atrocity. These terrorists have received over $2.5 million in blood money over the past 20 years. During his visit to Israel in July, U.S. President Joe Biden chose to pay off the P.A. However, giving UNWRA $200 million without asking for any reforms was not only a missed opportunity but made the U.S. complicit in perpetuating a core reason for the conflict—defining the descendants of Palestinian refugees as refugees in perpetuity.

Israel cannot afford to be distracted from Iran. So, many Israeli security, defense and intelligence experts who influence the political echelon believe there is no alternative to financially supporting PA security forces in order to keep the status quo going for the foreseeable future. Therefore, Israel is not unhappy when foreign money stabilizes the P.A. while Israel can still virtue signal to its citizens by stopping some of its transfer of tax revenues owed to the P.A. Even those who want to hold the P.A. accountable via financial consequences fear the repercussions of violence, which could spill over into a power struggle for the Palestinian leadership, especially with Abbas seeming to be always on death’s doorstep.

The volatility of Judea/Samaria has been evident for months. However, with Israel preoccupied with Iran’s nuclear weapons, the threat to Israeli gas fields in the Mediterranean from Hezbollah and Russian threats to end its acquiescence to Israeli strikes in Syria, an intifada in Judea/Samaria is the last thing the Jewish state wants to contemplate. Forward-thinking U.S. foreign policy decision-makers should realize that this is the time, before things get out of control, to publicly support Israel and privately reassure the Israelis that the U.S. will have their back if another intifada erupts.

Israel is in a moral conundrum because it knows that, without sufficient funding, the P.A. may collapse and its security coordination with Israel implode. Israel also knows that funding the P.A. violates its values. The P.A. gives more money to terrorists and their families than to its health care system, thus incentivizing terrorism.

Israel didn’t choose its neighbors, but this is the reality of the Levant, swept under the rug by Israel’s critics in the U.S. Those who demand Israel leave Judea/Samaria are either naive or worse. Ironically, the group that is most vehemently against such a move is the Palestinian Authority.

So, I remind my foreign policy friends in Congress that while Russia, China and Iran occupy so much of their attention, they need to keep an eye on the disputed territories.