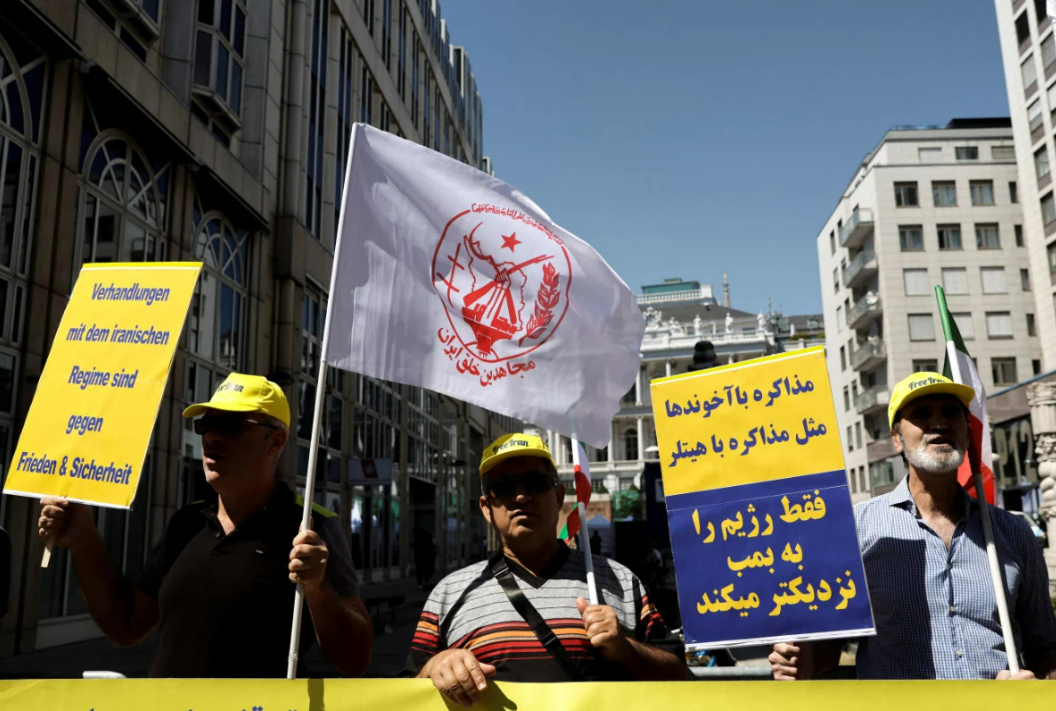 Published in the October 3, 2022 issue of the Jerusalem Report.

One of the primary Iranian demands in the current nuclear negotiations in Vienna is the supreme leader’s requirement for a guarantee of compensation if the next American president withdraws from the deal, as Donald Trump did in 2018.

The other major roadblock is the Iranian ultimatum to end the IAEA (International Atomic Energy Association) investigation into its past covert nuclear weapons activities. Iran “vigorously denies,” as usual, the previous military dimensions of its atomic development, even though it was exposed by Israel for all to see as a falsehood in 2018. In the quest for any nuclear deal, especially one that will reward their economies handsomely, the European community has chosen to ignore the overwhelming evidence of Iran’s duplicity.

According to The Washington Post, “Talks over reviving the nuclear deal… risk foundering on an issue that has dogged them since they began nearly a year and a half ago — Tehran’s insistence on an ironclad guarantee that there will be no unilateral withdrawal from a new agreement by a future US administration.”

Mohammad Marandi of the Iranian negotiating team confirmed to CNN that “Iran was looking for guarantees that if a future US administration withdraws from the deal, it will have to pay the price.” The US delegation receives Iranian responses through the Europeans. The Iranians continue humiliating the US in the public eye by refusing to speak directly, despite asking for a trillion dollars in sanctions relief over the next 10 years.

Senior Foundation of Defense Advisor Richard Goldberg, who was instrumental in creating the original sanctions legislation against Iran in the Senate over 10 years ago, said that “the Iranians are demanding a wide range of so-called guarantees from the Biden administration to guard against a future president’s decision to leave the deal. Given that most Republicans in Congress and nearly every leading Republican candidate for president is opposed to the agreement and determined to reimpose sanctions on Iran, Tehran may be right that this deal will be more short-lived than the last. President Joe Biden has no legal authority to bind a future president. Sanction policies issued today can be reversed by another president – that includes wind-down grace periods for foreign companies, and threatening sanctions against any financial compensation mechanisms.

Since the Iranians know Biden cannot completely bind any future US president from withdrawing from an executive action, which is all this agreement is, they have been looking for creative ways to work around it. Among them is protecting foreign companies that invest in Iran from being subject to sanctions for years even if the next president withdraws from the deal.

According to NBC News, the Biden administration said that “they are open to lifting any sanctions that are inconsistent with the nuclear deal, or that deny Iran the relief it would be entitled to should it return to compliance with the accord. Because of the complex nature of the sanctions architecture, that could include non-nuclear sanctions such as those tied to terrorism, missile development and human rights.”

Gabriel Noronha, former special advisor for the Iran Action Group at the US State Department, said that the “Biden administration is seeking to give Iran every possible economic assurance and concession within its power if Iran agrees to the new deal. This includes guaranteeing that businesses would be free from sanctions through the entire Biden presidency if they invest in Iran. However, since this is a political agreement, not a binding legal agreement, those promises can only last through January 19, 2025, and these businesses could face sanctions the instant a Republican takes the White House. However, European governments may try to fill the gap where the United States is unable to make commitments and will offer assurances for their businesses to enter Iran as well.”

The issue of binding the US to a new deal is not new. Last year, according to a Wall Street Journal editorial, Iran demanded “that the US agree to a clause that makes American withdrawal from the deal contingent on United Nations approval. Iran claims this is necessary because Donald Trump withdrew from the 2015 deal unilaterally. Iran doesn’t care, but such a clause is unconstitutional.”

Binding the next American president to the JCPOA is a difficult task, if not impossible, as the agreement was not submitted as a treaty in 2015, and thus has no legal force on the next administration if it chooses to withdraw from the deal.

President Barack Obama did not have the support of Congress to pass this agreement as a treaty, and neither does Biden now, despite it being America’s most crucial foreign policy obligation of the 21st century. It would require a supermajority of 67 votes, and Obama had only 42 senators in favor, and Biden will also likely have less than half of the Senate.

The administration, by law (INARA), must send any new changes in the JCPOA to Congress. However, even if a majority of Congress is against rejoining the deal, Biden will veto any legislative disapproval of rejoining the agreement and move ahead with $100 billion a year in sanctions relief.

In addition, in case anyone inside the Beltway cares, the American people are not in favor of rejoining an agreement that does not end Iran’s ability to have a nuclear weapon, restrain their terrorism, or moderate their human rights abuses. The Iranians have executed thousands of homosexuals based on the radical theology that is baked into their theocratic constitution, but this seems to little trouble progressive senators who rail against human rights abuses as long as they are not Iranian.

If tying the hands of the next administration is a major stumbling block and a deal breaker for Iran, how can the Biden administration satisfy Ali Hosseini Khamenei’s desire for compensation if a new administration leaves the deal and reimposes sanctions?

Will the Biden administration try to appease the Iranians by attempting to tie the hands of the next administration? Absolutely. Will it be successful? Probably not, but it took Trump over a year to withdraw from the JCPOA after promising to leave the agreement immediately upon taking office.

For the Iranians, it is a kabuki dance. Even knowing the US can leave the agreement in a few years, they know they will reap the bene fits of hundreds of billions of dollars in sanction relief for at least the next two and half years and can restart their nuclear enrichment towards 90% in just weeks. They also know that the Europeans will protect their companies that are doing business with Iran, all the while filling the Iranian Revolutionary Guards’ coffers with cash.

Iran knows that the Biden administration is desperate to rejoin the deal. When one party is unwilling to walk away, the other, the Iranians, have maximum leverage.

It should be pointed out that only nuclear sanctions are supposed to be suspended. However, since the Ayatollah and his IRGC henchmen who will remain sanctioned are so intertwined in the economy, it is nearly impossible to enforce non-nuclear sanctions. It probably wouldn’t matter, as the Biden administration will likely follow the example of Obama, promising to implement non-nuclear sanctions but minimally enforcing them in reality, being unwilling to upset the Iranians once they rejoin the deal.

In the spring of 2022, the Biden team promisingly took a tougher line, saying that if Iran wanted additional sanctions relief, it needed to offer America significant concessions in return.

Some assumed that the quid pro quo for a major US ask would be the Iranian concession of significantly extending the sunset provisions of when Iran can legally become a nuclear power. At present, it is 2030.

Since the JCPOA, the Iranians have continued uranium enrichment, attacked US military targets, and increased their threatening rhetoric without any sign of compromise. The Biden administration, in response, continues to negotiate, imposing no significant consequences while decreasing demands.

It is hard to take the State Department at its word when it says, “Under any return to the JCPOA, the United States would retain and aggressively use our powerful tools to address Iran’s destabilizing activities and its support for terrorism and terrorist proxies.”

How does that square with giving hundreds of billions of dollars to the terror state, which will – if the past is any guide to the future – use it to continue its terrorism and destabilizing activities?

Suppose this deal is concluded before the US midterm election. In that case, the anti-JCPOA political side will scream bloody murder, but they will be preaching to their own choir, not much moving the electoral needle over the Iran issue. Most Americans will know they are being hoodwinked by misinformation claiming the agreement will end Iran’s ability to develop a nuclear weapon.

But will Americans care? Not likely. They will remain preoccupied with 9% inflation eating away at their paychecks, and a falling stock market shrinking their 401K pension plans.