Will a third intifada follow a new Iran nuclear agreement? 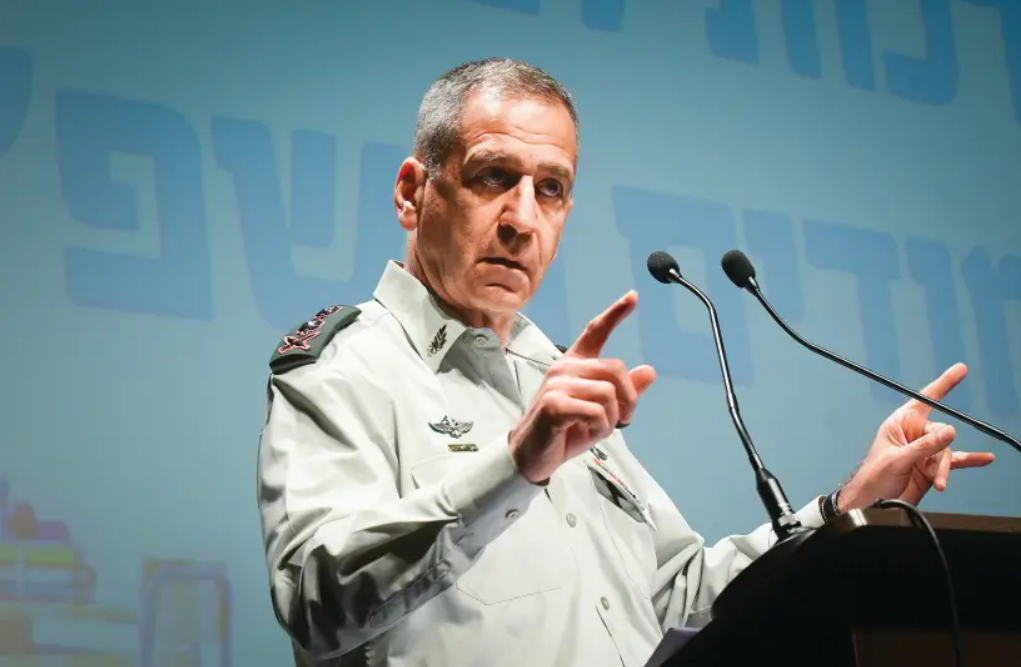 Photo: IDF Chief of Staff Lt.-Gen. Aviv Kohavi: ‘Our goal is zero attacks, and we will continue to do everything we can to stop this wave of terrorism.’ (photo credit: AVSHALOM SASSONI/FLASH90)

The year 2022 has seen increased attacks against Israelis, with an uptick in terror activity emanating from the West Bank (Judea and Samaria). Since March, Israel has conducted Operation Break the Wave, an attempt to disrupt the terrorist networks in the hotbed areas of Jenin and Nablus, which are supposed to be under the security control of President Mahmoud Abbas’s Palestinian Authority.

According to IDF Chief of Staff Aviv Kohavi, “every day and night fugitives are apprehended… [With] each arrest, we avoid terrorist attacks. Our goal is zero attacks, and we will continue to do everything we can to stop this wave of terrorism.”

A significant amount of terror funding originates in Iran, supporting their allies Hamas and Islamic Jihad, which operate in both the West Bank and Gaza. Not to be outdone, Abbas’s Fatah-aligned al-Aqsa Martyrs Brigade has also been actively involved in West Bank terror to keep up with his radical rivals. Abbas is not only the PA president but is also the leader of the PLO (Palestine Liberation Organization) and Fatah. It’s a race to the bottom of who can be more violent.

Al Jazeera says, “The al-Aqsa Martyrs Brigade is the armed wing of Fatah – the movement that controls the Palestinian Authority.” In August, their “senior armed resistance commander, [Ibrahim] al-Nabulsi, known popularly as “the lion of Nablus,” was killed by Israeli forces.

With the West Bank on edge, perhaps on the cusp of a new intifada, it is important to ask how a return to the JCPOA will affect the political and security situation in Judea and Samaria for Israel and impact regional stability. With the US and her EU allies primarily focused on the nuclear dimensions of a new Iran deal, making a case to analyze its dangerous repercussions beyond limiting uranium enrichment falls on deaf ears.

With more than one trillion dollars in sanctions relief over the next decade, the JCPOA will dramatically increase the likelihood of a rise in terror against Jewish civilians from the West Bank and Gaza. There should be little doubt that Iran will financially support the efforts of Hamas and PIJ against Israel and undermine the Palestinian Authority, Israel’s erstwhile peace partner. It will bring the region one step closer to a third intifada and the overthrow of the Fatah-led Palestinian Authority.

To keep up with its terror rival, President Abbas’s weak and corrupt PA has continued to incite its populace against Israel in all public forums, from mosques to schools to children’s programming on television.

A weak PA that is always trying to keep up with Hamas and Islamic Jihad, lest it seems a collaborator with Israel, can quickly be brought willing or unwilling to commit violence as it did in 2000 during the Second Intifada, when PA security forces that had previously cooperated with Israel against Hamas and Islamic Jihad, turned their guns on Israeli security forces.

The likely repercussions of billions of dollars flooding terror organizations in the Levant should not be underestimated. The deal’s proponents seem to have blinders on, not wanting to look a short distance down the road to see how sanctions relief for Iran could be like throwing gasoline on the smoldering embers of a fire. Iran’s goal is to surround Israel from all sides, or as security and defense expert reserve general Yaakov Amidror says, create a “ring of fire” around the Jewish state under a nuclear umbrella.

How an Iran deal might affect terrorism in the Middle East

Even though the JCPOA has been a hotly debated issue for the last eight years in the US, and Iran has remained a primary American villain ever since the hostage-taking in 1979, US citizens can be forgiven for minimizing the importance of this issue with so many other domestic concerns overwhelming them.

Forgotten, even among the minority that cares about the nefarious behavior of the Islamic Republic, is the nature of the regime, which is revolutionary in ideology and whose expansionist and racist agenda against Jews is baked into its DNA. The West underappreciates how the destruction of the “Zionist entity” is essential to the Islamic Republic’s hegemonic plan to reshape the region and bring their form of radical Shi’ite Islam to the world, including the majority Sunni population.

Increased funding from Iran will also fill the coffers of Hezbollah in Lebanon, and their 150,000 missiles, many with precision guidance, will grow substantially. Off the radar is Iran’s goal to control southern Syria and either bribe or ethnically cleanse the population of southern Syria, to create an Iranian-controlled military presence opposite the Israeli Golan Heights, as it has in southern Lebanon, and also to threaten Jordan from its north.

The false promise by the Biden administration that sanctions relief won’t benefit the Revolutionary Guards Corps will be on full display as folly with an enriched Hezbollah threatening Israel from Lebanon and coordinating with the Revolutionary Guard’s proxies in Syria, Iraq and Judea and Samaria (West Bank).

If a new intifada draws its lifeblood from American sanctions relief, Israeli civilians will be the first to pay the price. The repercussions for the rest of us follow.