The dangerous impotence of UNIFIL’s mission in Lebanon 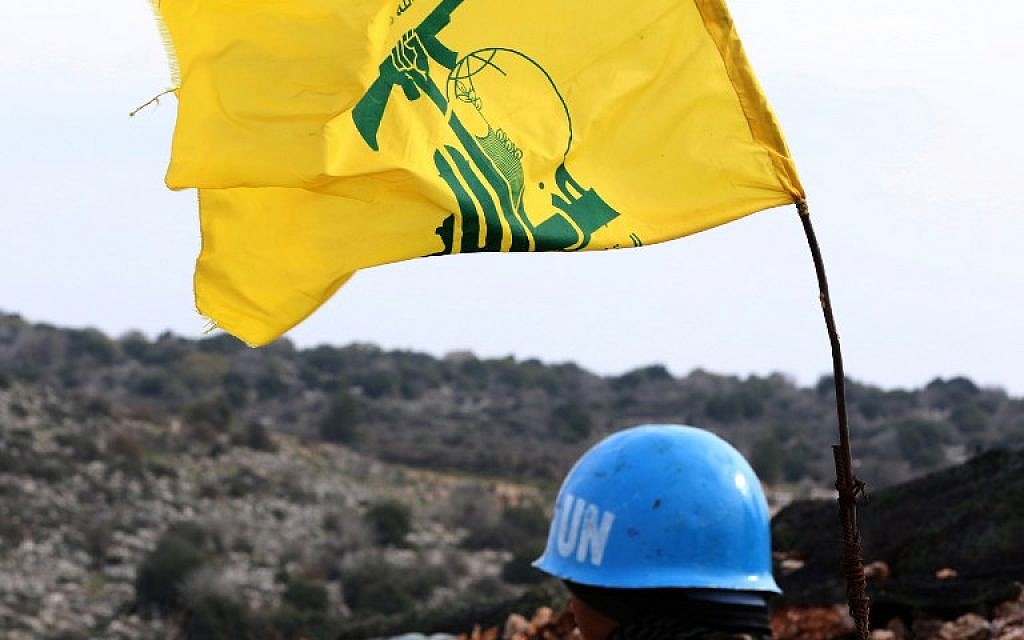 Published in the Times of Israel.

Lebanon is in economic freefall, and the sectarian tensions between Shiite, Sunni, Christian, and Druze have paralyzed the government. Lebanon’s true power, Hezbollah is under the direct control of Iran, while Lebanon’s weak and compliant armed forces (LAF) coordinate with Hezbollah.

Both Iran and Hezbollah have ignored UNSC Resolution 1559, calling for “strict respect of Lebanon’s sovereignty, territorial integrity, unity, and political independence under the sole and exclusive authority of the Government of Lebanon” while disbanding “all Lebanese and non-Lebanese militias.”

Hezbollah’s stronghold in southern Lebanon is supposed to be monitored by a 10,000 multi-national United Nations force (UNIFIL). Its mandate is to work with the LAF to keep Hezbollah’s unauthorized military out of southern Lebanon, prevent the transfer of weapons to Hezbollah, disarm all militias, and stop attacks against Israel. UNIFIL’s overall mission has been a failure with few exceptions since it began over forty years ago with the Taif Agreement that ended the Lebanese civil war.

Last month the UNSC adopted Resolution 2591, extending UNIFIL’s mandate in southern Lebanon for another year. The resolution urged all parties “to ensure that the freedom of movement of UNIFIL in all its operations and UNIFIL’s access to the Blue Line in all its parts is fully respected and unimpeded….” It condemned “in the strongest terms all attempts to restrict [its] freedom of movement.” And it reaffirmed “the necessity of an effective and durable deployment of the Lebanese Armed Forces in southern Lebanon.”

The Security Council was too timid to call out Hezbollah or Iran by name in the resolution. The LAF will continue to facilitate Hezbollah’s wishes, or else it will suffer its wrath. So what have the 10,000 UNIFIL peacekeepers been doing for the last 15 years since the UNSC passed Resolution 1701 after the Second Lebanon War with Israel?

They were supposed to have created a zone south of the Litani River free from Hezbollah and entirely in the control of the LAF. Unfortunately, the LAF, for its survival, has become serf to Hezbollah’s wishes. While Hezbollah continues to intimidate UNIFIL personnel directly, the LAF can’t work with UNIFIL to monitor Hezbollah’s actions that threaten Israel. A recent attempt to upgrade UNIFIL’s monitoring of the Blue Line with new surveillance cameras was vetoed by Hezbollah.

Hezbollah, with the help of the LAF, has created no-go zones for UNIFIL patrols. All patrols must be coordinated with the LAF in advance in conjunction with their Hezbollah overlords, lest UNIFIL finds some of the tens of thousands of missiles, many hidden in civilian homes — which constitute war crimes.

The LAF facilitates freedom of operation for Hezbollah by designating areas off-limits to UNIFIL troops for inspection. The LAF’s intelligence units that liaise with Hezbollah on occasion attempt to intervene to solve minor incidents, but the vast majority of the time, they are simply in lockstep with Hezbollah. The LAF cannot even guarantee that any equipment and weapons that Hezbollah operatives confiscate from UNIFIL personnel will be returned.

The sources reporting on UNIFIL-Hezbollah clashes are primarily from the Lebanese media. You will not find them on the home page of the UNIFIL website because UNIFIL chooses instead to spotlight its aid to the Lebanese people and the LAF, not its impotence to fulfill its mandate. UNIFIL doesn’t want to put targets on their backs for Hezbollah to identify. Since 2006 at the end of the Second Lebanon War, UNIFIL has stopped no missile transfers from Iran to Hezbollah.

UNIFIL was too intimidated to have exposed any of the six border tunnel openings into Israel excavated by Hezbollah, even after Israel had publicly informed UNIFIL of their existence. The latest resolution also failed to mention that six rocket attacks originated from south Lebanon in the past two months.

Hezbollah no longer even tries to conceal its presence on the Blue Line with Israel. Iranian, Hezbollah and Palestinian flags adorn the border fence. Military ceremonies are held overlooking Israeli communities while more fortifications with vantage points overlooking Israel are erected under the pretense of an environmental organization, “Green without Borders.” Daily, we see Hezbollah operatives gathering intelligence and filming Israelis, even with the LAF present.

Where was UNIFIL this entire time? See no evil, speak no evil, report no evil should be the motto of UNIFIL and the LAF.

The real question is what is UNIFIL’s mission in the 21st century. Is it to keep the peace or to enforce it? If it is the former, then UNIFIL’s success is minimal at best, only due to Hezbollah’s patience under the direction of Iran, waiting for an opportune time to open its missile arsenal to strike Israel. But if it is the latter, and south Lebanon “must be free of unauthorized personnel, weapons, and other assets,” then UNIFIL has been a profound failure.

UNIFIL’s presence in Lebanon has lasted decades. That is why it is necessary to end the charade that UNIFIL is fulfilling its mission. It is time to state the obvious, UNIFIL is ineffective and completely cowed by Hezbollah. Can the UNIFIL force’s half a billion dollars a year subsidy be anything more than another international bureaucratic economic boondoggle?

The only choice, short of totally ending UNIFIL’s presence, is to fundamentally change its mission. Since it is nearly impossible for UNIFIL to fulfill its current mission, it would be far wiser to change its mission to simply act as a mediator that can resolve tactical conflicts between the Israelis and the Lebanese on the border, as they have done over the past 15 years.

Since the US is a significant contributor ($145 million per year) to this ineffective force, it should insist on reducing UNIFIL’s mandate to one that it can fulfill and dramatically decrease its funding in proportion to a reduced mission. American administrations of both parties have been willfully blind to the reality in Lebanon. The American taxpayer should not have to finance a mission that has not improved Lebanon’s future or afforded peace to the residents of Israel or Lebanon. They would be better served by funding a more limited mission.

How Can Biden Embrace Iran While Condemning Russia?