Thoughts on Iran after speaking with Sen. James Risch 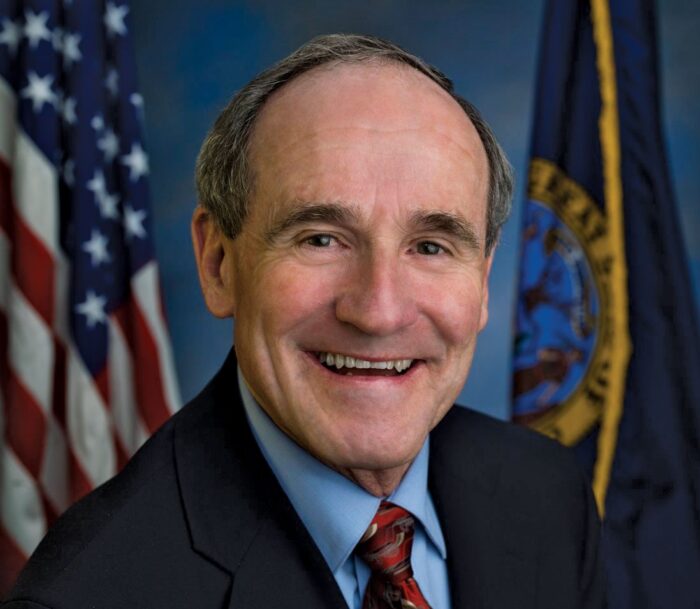 I recently spoke with the ranking member of the Senate Foreign Relations Committee, Sen. James Risch of Idaho. I asked him what enrichment level Iran should be allowed to have. His answer was zero.

He is correct. The Iran nuclear deal—the Joint Comprehensive Plan of Action (JCPOA)—gave Iran the right to enrich uranium. All other nations that use nuclear power, except for the major powers, import low-grade enriched uranium to produce energy and are required to return the spent nuclear waste. The fact that we allowed a U.S. State Department-designated state sponsor of terror the right to enrich uranium was political negligence of the highest order.

This weekend in a joint statement from Rome before the G-20 Summit, President Joe Biden, French President Emmanuel Macron, German Chancellor Angela Merkel and British Prime Minister Boris Johnson said they were determined “to ensure that Iran can never develop or acquire a nuclear weapon.” They also said they are convinced that it remains possible to quickly reach and implement an understanding on return to full compliance” with the JCPOA.

The JCPOA, at best, only slows Iran’s march to nuclear-weapons capability for another few years. That is not a vague opinion; it is a fact-based on what is written in the JCPOA. Iran can have, if it chooses, in less than 10 years the international legal right based on the current nuclear agreement to an industrial-sized nuclear-weapons program. It would also receive ten, if not hundreds, of billions of dollars in nuclear sanctions relief without any strings attached. The remaining sanctions left in place that are not nuclear-related will be used as a distraction by proponents of the JCPOA to claim that sanctions still remain. Those sanctions amount to very little in comparison to the nuclear-related sanctions.

As a reminder, the United States never signed the JCPOA because former President Barack Obama did not submit it to the Senate, where it would have required 60 Senate votes he knew weren’t there. Obama had only 42 senators who agreed with him. Congress was opposed to the nuclear deal on a bipartisan basis; he didn’t even have a majority of the Senate. The most crucial foreign-policy treaty of the first quarter of the 21st century was not submitted to Congress for its approval as required by the Constitution.

Senate foreign-policy legislative aides have repeatedly told me that when European diplomats and politicians come to Congress, they are incredulous to learn that the JCPOA is not an American treaty and has no legislative force. That is, unless you make the United States subservient to the U.N. Security Council’s (UNSC) approval of the nuclear deal. Sorry, America doesn’t take orders from a world body where most of its members are undemocratic, with equal votes on the Security Council from Russia and China.

As the Biden administration is about to re-enter negotiations with Iran in November—pleading for Iran to return to a nuclear agreement—it is essential to pause and realize what is being done in the name of the American people and our security. Rejoining the Iran nuclear deal allows the Islamic Republic an industrial-sized nuclear program in just a few years and doesn’t address its missile development, human-rights abuses and support of terrorism. For our national interests, we need to rise above our political echo chambers and ask if this is what is in America’s or the world’s interest.

If Secretary of State Antony Blinken delivers as promised a longer and stronger deal that genuinely ends the possibility of an Iranian nuclear weapon, then we should applaud him. But if he comes back with the same profoundly flawed agreement or a partial agreement that gives sanctions relief for some minor pause in their nuclear progress, then on a bipartisan basis, the American people should speak with one voice and reject it. In any case, we should demand that it be submitted to the Senate as a treaty, as required by law.

It is a little-known fact that the Biden administration has already given some sanctions relief to Iran for oil-related issues with the hope that appeasement would be gratefully reciprocated. The Iranians only interpret this as weakness.
﻿Before he made his nuclear agreement with Iran, Obama promised that he would judge that no deal is better than a bad deal. Since that 2015 deal didn’t end Iran’s ability to have nuclear weapons, it’s an agreement that’s worse than bad. It is dangerous, and it should be put behind us unless it is fundamentally changed.