Letter to the Editor: The Growing Risk for Jews Who Show Their Jewishness 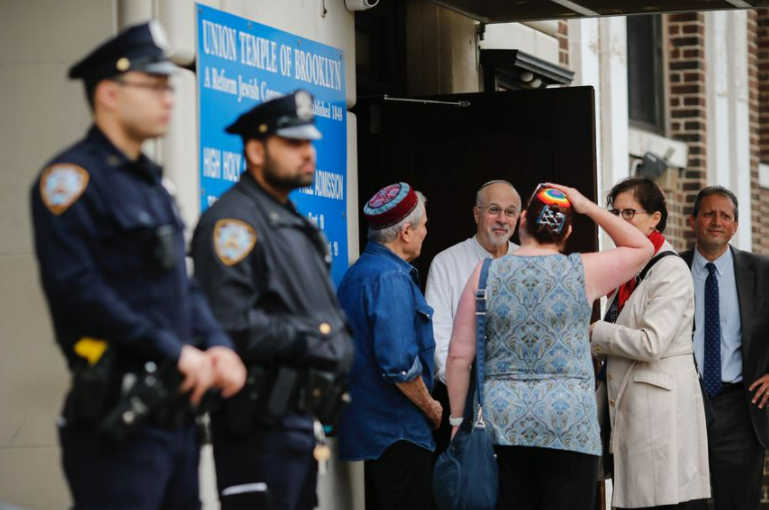 Re: The Growing Risk For Jews Who Show Their Jewishness, Review Section Saturday, January 22

The point of Mark Oppenheimer’s article is that anti-Semitism today is overwhelmingly directed against the religiously observant, and you have little to fear if you “don’t do Jewish things. Outside the Orthodox world, we are becoming a people who never encounter anti-Semitism in school…For such Jews, there is nearly zero risk of being victimized by anti-Jewish violence or bias.”

But is this true?

The greatest anti-Semitic threat to American Jewry today is the intimidation of Jewish students on college campuses. Jewish Americans whose Jewish identity includes support of the national home of the Jewish people (Zionists) are routinely targeted on university campuses both verbally and physically.

An October 2021 survey by the Jewish fraternity and sorority (Alpha Epsilon Pi / Alpha Epsilon Phi)  found nearly 70 percent of Jewish students personally experienced or were familiar with an anti-Semitic incident within the previous four months, with more than 65 percent feeling unsafe and 50 percent feeling the need to hide their Jewish identity. Anti-Semitism on campus is not new. An AMCHA Initiative study found “Harassment of students who expressed pro-Israel ideologies jumped 70 percent from 2017 to 2018.”

Today, the most common forms of American anti-Semitism are from the far left and Islamic organizations who stigmatize and demonize Americans who support Israel. According to the International Holocaust Remembrance Alliance definition of anti-Semitism accepted by 35 countries, including the US, legitimate criticism of Israel crosses the line into anti-Semitism when you deny the Jewish people the right to self-determination by claiming that the existence of a State of Israel is a racist endeavor. Jewish students are routinely attacked as racists, an exceedingly toxic word in our hyperpolarized political climate.

We should condemn anti-Semitism, whether it comes from the  “supremacist” far right,  the “intersectionality” far left, or “militant jihadi” segments of  Islam, as was the case in the Texas synagogue this month.