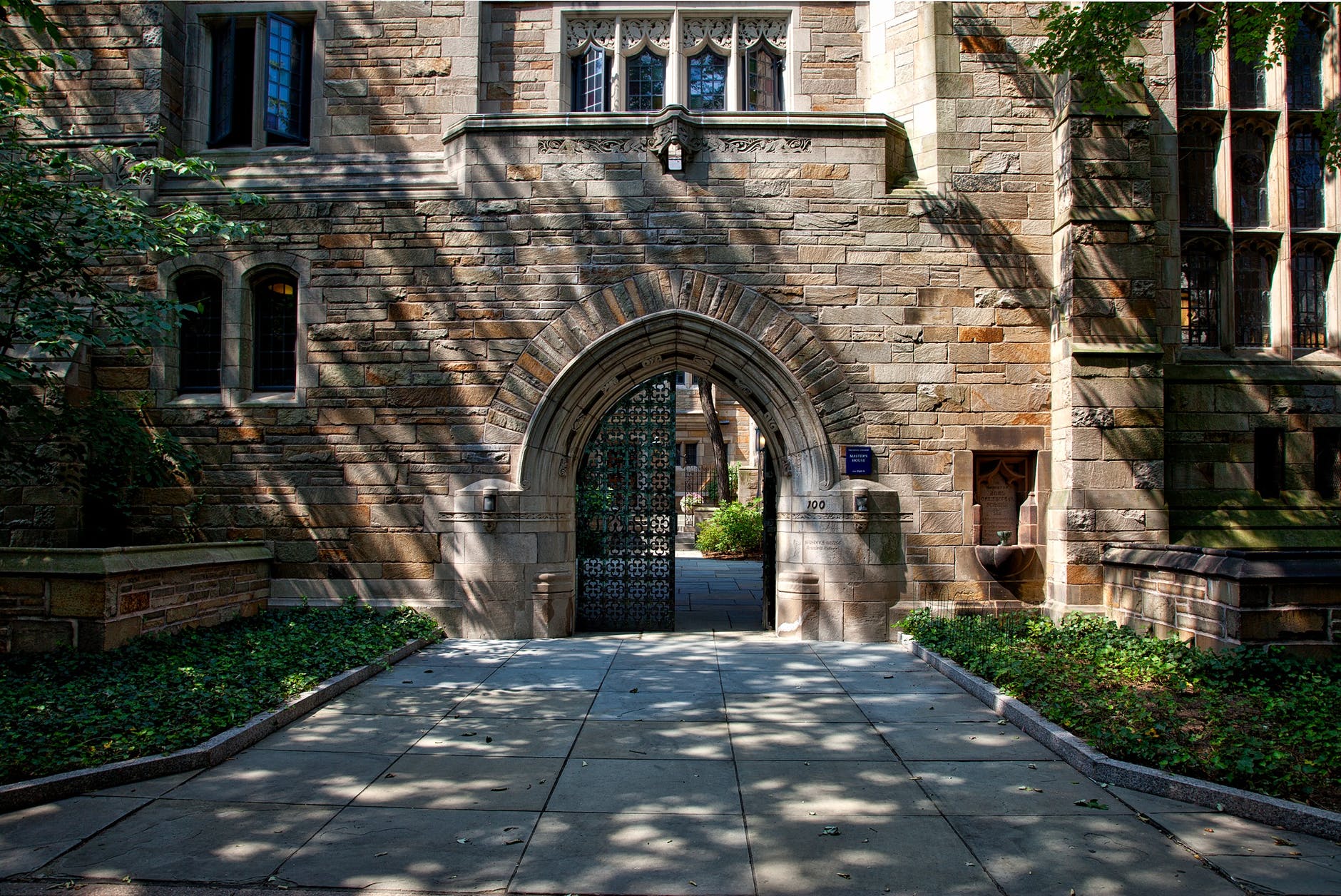 Published in the Jerusalem Report.

As an alum of the City University of New York six-year medical program, I read the antisemitic resolution passed by the PSC faculty union of CUNY academics this past summer with sadness, anger and frustration. It referred to Israel’s “establishment as a settler-colonial state in 1948,′′ a description used by the Boycott, Divestment and Sanctions movement to delegitimize Israel’s right to exist.

In response, more than 100 CUNY professors resigned from the union in protest. The professors condemned the faculty union for accusing Israel of massacring and subjugating Palestinians while ignoring the Palestinian war crimes of targeting Israeli civilians and using their people as human shields to score propaganda points with the international community to portray themselves as helpless victims.

So it is no surprise that the faculty union is considering officially supporting BDS against Israel later this year. Let us be clear, BDS is antisemitism and is about ending the Jewish state “from the river to the sea,” as BDS’s founders advocate. Those who claim BDS is primarily about Israel’s occupation of disputed territories are either naïve or are manipulating people concerned about the situation in the territories, who aren’t aware of BDS’s true genocidal agenda.

As Jonathan Tobin, editor in chief of JNS, wrote, “Much of the American left has accepted the catechism of critical race theory and intersectionality, which falsely claim that the Palestinian war to eliminate Israel is not merely morally equivalent to the struggle for civil rights in the United States but directly linked to it as a common battle against ‘white privilege.’ The belief that Jews are ‘white’ privileged and not indigenous to their ancient homeland is as irrational as it is mendacious…. These anti-Zionist attitudes are at the heart of BDS.”

The CUNY system has a long history of antisemitism, which sympathetic administrators have not addressed for over a generation. In the 1990s, the infamous Leonard Jefferies espoused antisemitic and anti-white statements as a member of the racist and antisemitic Nation of Islam. This was way before those offensive comments became fashionable and mainstream in the critical race theory and intersectionality crowd, who use anti-Zionism as a protective veneer against being accused of antisemitism, i.e., Jew-hatred.

As the Anti-Defamation League says, groups like the Nation of Islam’s “speakers and advertisements have found fertile ground. As students form their sense of self at college and seek a niche in the world, some are especially vulnerable to hate-mongers who either stir their developing political passions or couch bigotry in academic terms designed to appeal to their intellectual curiosity.”

At Hunter College, another CUNY school, a protest for free tuition a few years ago was hijacked by a pro-Palestinian group chanting, “Zionists out of CUNY, Long live the intifada… Divest CUNY Tuition from Israeli Apartheid.” At my CUNY City College alma mater, I experienced anti-Zionist heckling during a lecture I presented on the complexities of the Middle East. This is not unique to the CUNY system but is endemic throughout American universities. If you substituted any other minority group for Jewish, it would have been highlighted in media headlines, and administrators would have dismissed the offending faculty and expelled the offending students.

Why do so many students become indoctrinated in anti-Zionism and become harsh critics of Israel? One clear answer is that for all of the advocacy for diversity on campus, there is no demand that universities offer a diversity of thought to expose their students to differing opinions, allowing them to explore

and make up their minds on the issues of the day. There is no respect for differing opinions, only a radical orthodoxy that intimidates students, administrators, and professors.

On-campus, Israel is an ethno-fascist state that commits genocide, with few professors willing to speak up or face the wrath of the far-left censorship crowd who dominate universities. Just seeming to be on the wrong side of the culture wars has ended many academics’ careers. Just ask former Prof. Andrew Pessin of Connecticut College, who was harangued out of his long-time university, with no support for freedom of speech or protection from college administrators.

An article in National Review entitled “Radical Exchange: How Turkey and Iran Infiltrate Young American Minds” offers an insight into the radicalization of some American academics. The report highlighted eleven American professors who spoke at a Turkish and Muslim Brotherhood-sponsored antisemitic conference. Nine professors teach at public universities ranging from the University of Denver, Columbia University, Ohio State University, University of Arizona, UCLA, and San Francisco State University, along with the Hamas-supporting Osama Abuirshaid, executive director of American Muslims for Palestine (AMP). AMP is the primary supporter of Students for Justice in Palestine, which routinely harasses and intimidates pro-Israel college students, demanding obedience to their agenda or facing the consequences.

Surveys of American university professors show an overwhelming skew to progressive thought that ranges from harshly critical of Israel to advocating for its demise. A 2020 survey by the Harvard Crimson found that conservatives make up just over 1% of the school’s faculty. The latest 2021 Crimson survey found 3% of Harvard professors identify as conservative. Unlike in past generations, conservatives (Republicans) are much more likely to be more balanced regarding Zionism and the Israeli-Palestinian conflict than progressive and liberal professors (Democrats).

A 2018 National Association of Scholars “study of 8,688 tenure-track professors at 51 of the 66 top-ranked liberal arts colleges found that the ratio of faculty members registered as Democrats compared to those registered Republican is 10.4 to 1.” A 2020 post in the National Association of Scholars found that “in terms of donations, 2,081 professors gave exclusively to Democrats and only 22 gave exclusively to Republicans, an incredible 95:1 ratio.”

Although 30 years ago, liberal professors outnumbered conservative professors, they were not overwhelmingly far-left progressives. It certainly would not have been an aberration if they were pro-Zionist as there is nothing incompatible between Zionism and liberalism. There were respectful disagreements between academics with differing viewpoints, without ad hominem attacks, demonization, or cancel culture. Today, anyone not espousing the extreme progressive orthodoxy is delegitimized as immoral, especially Zionists. Progressive Zionists have been expelled from their ranks for supporting a victimizing, apartheid, war-criminal state.

Jassey said she was “ostracized by fellow progressive students simply because she supports Israel’s right to exist.” She started a “Jewish on Campus” group on social media for students like her…finding themselves the target of hate from both the left and the right, and increasingly from their peers.”

Flayton said he is accused of being “a white supremacist, a Nazi. I kill babies. I’m a genocide apologist. I am a racist. I support ethnic cleansing and colonialism,” quoting some of the abuse hurled at him. “I get more death threats than my parents would probably like to know about.”

What to do? If you financially support your alma mater, demand accountability. Demand true diversity, respect for minority opinions, and real consequences for those who abuse students. This does not mean allowing bigots to challenge facts, giving a platform to Holocaust deniers. It means the legitimate debate about the consequences of facts in context.

Challenge administrators to commit themselves to a new concept of affirmative action, one for a diversity of opinion on campus. True liberalism is freedom of thought and expression. Demand change, or your donor dollars will find another place to reside.

Insist universities protect pro-Israel Jewish students from intimidation. Join pro-Israel alumni societies like StandWithUs’s Alums for Campus Fairness (ACF). Its mission is to “harness the power of alumni to counter antisemitism, including the demonization of Israel and other forms of bigotry at universities. In the face of unprecedented attacks on Jewish and Zionist students, staff, and faculty, ACF’s network acts to address acts of antisemitism on campus and ensure that universities remain pillars of truth and academic freedom…members proactively engage with the administration at their alma maters to prevent discrimination, promote open dialogue, and foster respectful debate… ACF sends a clear message that there is no place for hate on campus.”

Another excellent source for information and support is Scholars for Peace in the Middle East. They are a grassroots group of university scholars who have united to “promote honest, fact-based, and civil discourse…believe(ing) that ethnic, national, and religious hatred, including antisemitism and anti-Israelism, have no place in our institutions, disciplines, and communities, employ(ing) academic means to address these issues.”

There has been so much money supporting anti-Zionist Middle East and Social Science academics and anti-Israel organizations on campus like SJP. Many people are unaware of this. For example, this July, I spoke at a synagogue in New Jersey, where one of the topics was contemporary antisemitism. The feedback I received was representative of what I hear too far too often. “I had no idea what is going on at college campuses.”

Students for Justice in Palestine is the leading anti-Zionist group on campuses. According to Max Samarov, the director of Research & Campus Strategy at StandWithUs, “AMP (and SJP have freely peddled their toxic agenda under the guise of social justice… AMP supports SJP with monies and organizations to train students to support the BDS movement. According to The Foundation for Defense of Democracies’ Jonathan Schanzer testifying before Congress, we “established clear links between the terrorist organization Hamas and leaders of American Muslims for Palestine as well as the Muslim Brotherhood.”

Middle East studies departments have been dominated by anti-Israel Middle East money, with compliant professors brainwashing their students to demonize Israel as a colonial settler outpost that should be uprooted. A year and a half ago, just before the COVID pandemic, I spoke at Berkeley to a group of pro-Israel students and listened as they told me they gave up trying to express their opinions in class for fear of grade intimidation and loss of friendships.

It isn’t too late to make a difference. Join organizations that have made it their mission to fight antisemitism and protect Jewish students. I was privileged to co-chair StandWithUs in the Northeast of the United States from 2008 to 2018. Educate yourself, your friends, and your family about what is going on college campuses. If you are in a position to endow a chair at a university, make sure that the person is, at the very least, not an anti-Zionist.

Suppose you are a trustee, alumni, or donor to your alma mater. Don’t give until you receive satisfactory assurances that administrators effectively address the intimidation of pro-Israel students and the ideological imbalance of their professors. Calling Mike Bloomberg. He has given hundreds of millions of dollars to Johns Hopkins. Has he told the President of Hopkins to fire a chemistry TA who has blatantly targeted Jewish students threatening grade intimidation? If this were any other minority group targeted, the TA would have fired long ago. Where are you, Mayor Bloomberg?

Let’s start with a call for affirmative action for a diversity of opinion at our nation’s universities. Education, not advocacy, is the path forward.