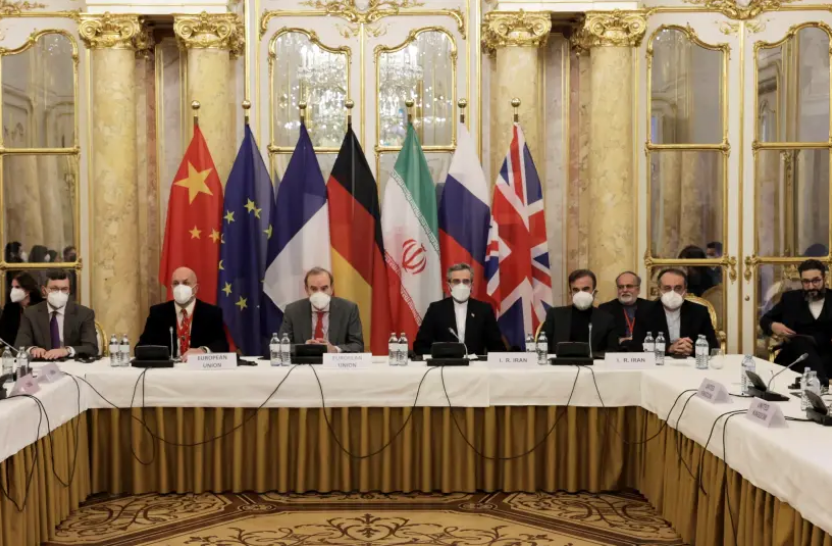 For many years, Vladimir Putin has complained about the injustice of the collapse of the Soviet Union and the loss of Russia’s rightful hegemony of the former Soviet Republics. In 2005, he said “the demise of the Soviet Union was the greatest geopolitical catastrophe of the century… Tens of millions of our citizens and fellow countrymen found themselves outside the Russian Federation.”

The world watched him take northern Georgia (2008), Crimea and eastern Ukraine (2014), and did little about it. He took the measure of America during the Afghanistan retreat and read the polls of the American people’s appetite for foreign engagements. The dictators watched closely when the US did not respond to attacks on its soldiers in Syria near al Tanf.

Authoritarian birds of a feather flock together, vocally supporting Putin’s invasion of Ukraine. During the unprovoked assault, Putin met with Pakistani Prime Minister Khan, while President Xi of China offered his support of Russia. The “Butcher of Tehran,” Iranian President Ebrahim Raisi told Putin, “The continued expansion of NATO is a serious threat against the stability and security of independent countries in various regions of the world.”

The Iranians know that the US desperately wants to rejoin a weakened nuclear deal. It is an agreement that demands absolutely no restrictions on Iran’s expansionism; its support of aggressive proxies in Iraq, Syria, Lebanon and Yemen; or any limits on Iran’s terrorism, human rights abuses or missile development. The lesson of Ukraine for Iran is to hold out for more, as America under this administration is perceived not as a superpower but more of a 98-pound weakling.

As Yoav Limor, writing in Israel Hayom, says, “The lesson for the world is broader: Without resolve, the familiar global security order will crack. The Russian invasion of Ukraine poses dangers that could extend beyond the immediate battlefield, potentially changing the world security order for the worse.”

The Israelis are watching closely and know that their national security is in worse shape than just a month ago. The lesson of Ukraine for Israel is that it must rely on itself by itself, and that is the message most other nations will also take. With a new nuclear agreement whose feeble restrictions on nuclear development will evaporate in just a few years, it means that Israel will need to act sooner rather than later to strike Iran’s nuclear weapons program.

Ukraine is the flashing signal telling Israel it has to go it alone regarding Iran. The weak western response to the naked Russian act of aggression has increased the chance for regional and global wars.

Unlike the rest of the world, Israel believes what its adversaries say. Supreme leader Khamenei has called for the destruction of the Zionist entity on innumerable occasions: “Our stance against Israel is the same stance we have always taken. Israel is a malignant cancerous tumor… that has to be removed and eradicated: it is possible, and it will happen.”

What is the Ukrainian connection to the Middle East? Russia is also the leading outside power in the region with the influence and desire to recreate the Soviet sphere of influence in the Levant and North Africa. Russia has solidified its military status with new naval facilities at Tartus and an upgraded airbase at Khmeimim, both in Syria. It now projects on-the-ground military power from its bases in Syria into the eastern Mediterranean, affecting Cyprus, Turkey, Greece, Israel, the Gulf States and Egypt.

Those Russian bases are close to the Black Sea and Crimea and in range of the Suez Canal, the Straits of Hormuz and Bab-el Mandeb – gateways and choke points of the Red Sea and the Persian Gulf.

Appeasing Iran with a weak nuclear agreement in 2015, forgetting about previous Russian hegemonic invasions in eastern Ukraine (2014) and Georgia (2008), and ignoring China’s moves in Hong Kong and the South China Sea, were signboards for the dictators to move now or in the near future.

America’s poor leadership on the global stage, rhetoric with evaporating red lines, and an isolationist sentiment are a perfect storm to ignite regional wars in the Far East, Mideast, Eastern Europe and southern Asia.

America is a nation that has lost its way, looking more like America in the 1930s, which ignored the rise of Hitler and Japan until there was no choice. When Emmanuel Macron is the most decisive leader in the West, you know that your adversaries will take notice and act.

To avoid war, you need the means to fight and for your enemies to believe you have the will to use them. America has the former, albeit somewhat hollowed out in recent years, and lacks the latter. Unless things change, by 2030, Xi will be in Taipei. Israel will have struck Iranian nuclear facilities, and Hezbollah and Hamas will have sent tens of thousands of missiles into Israeli civilian areas.

An emboldened jihadist leading Pakistan increases the chance for a new Pakistan-Indian war, and the madman of North Korea could be encouraged to attack Japan, Guam or South Korea, at the whim of his capricious ego.

It is not too late for President Biden to speak frankly to the American people. Leaders don’t follow the polls; they do what is best for their country and don’t look at the next electoral cycle. The lesson for the West is that isolationism and appeasement invite expansionism and war.