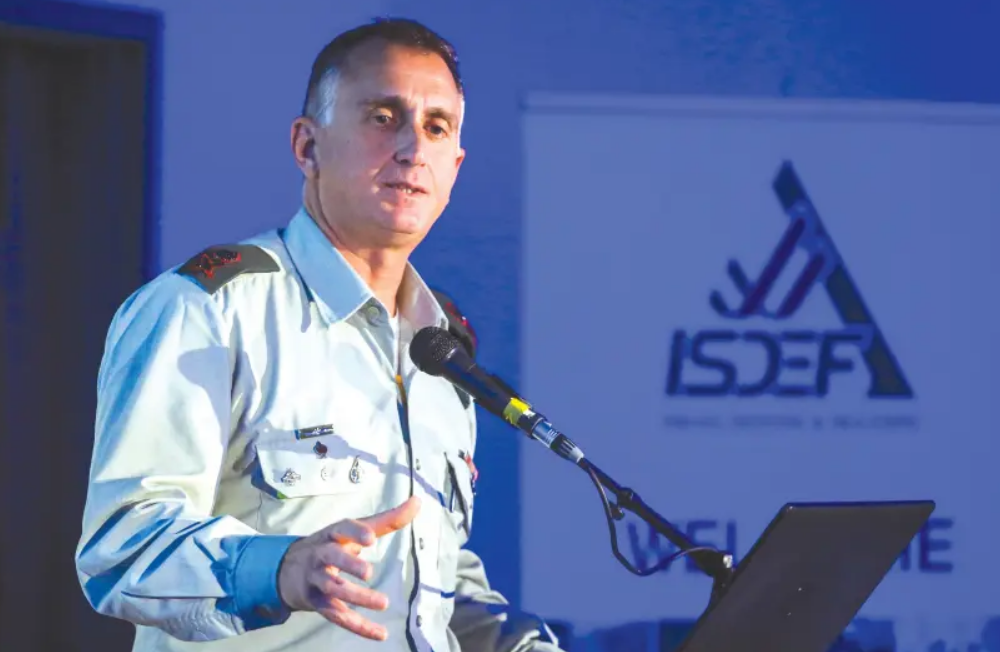 Photo: Then-IDF intelligence chief Maj.-Gen. Tamir Hayman speaks at a conference in Tel Aviv, 2019. He has said he prefers a return to the JCPOA that ‘would push Iran back, far-off from 90% enrichment (photo credit: FLASH90)

US President Joe Biden, speaking in Israel this month, said: “I continue to believe that diplomacy is the best way” to deal with Iran’s nuclear program (JCPOA). To the president and supporters of the Joint Comprehensive Plan of Action (JCPOA), diplomacy is a euphemism for simply rejoining the nuclear agreement of 2015. If that is the desired outcome, why is it nearly impossible to achieve?

Updating the JCPOA for 2022 would require significant changes. This month, the head of the IAEA (International Atomic Energy Agency), Raphael Grossi, confirmed how difficult it would be to simply restart the JCPOA. After Iran removed 27 surveillance cameras monitoring nuclear facilities across the country, Grossi said, “I have had very limited visibility with a nuclear program that is galloping ahead… if there is an agreement, it is going to be very difficult for me to reconstruct the puzzle of this whole period of forced blindness… it is going to require a very complex task and perhaps some specific (new) agreements… without which any (old) agreement will rest on a very fragile basis.” In addition, the sunset provisions that allowed Iran to have an industrial-sized atomic program by 2030 are now too rapidly approaching.

A JINSA Iran Project Policy report said, “Iran has violated the agreement not just by exceeding the deal’s limits on its nuclear program but by expanding that program in ways unforeseen by the agreement, such as constructing new facilities and operating advanced centrifuges… simply abiding by the letter of the JCPOA would leave Iran with too advanced a nuclear program… [which] creates the possibility of an untenable ‘more for less’ interim outcome in which the United States tries to get back to the original nuclear agreement by giving up too many sanctions, in exchange for too few nuclear concessions from Tehran.” Unfortunately, the Iranians have repeatedly stated negotiations to change the agreement substantially will not be considered.

We must stop using the words diplomacy and a return to the JCPOA interchangeably. Diplomacy with the Iranians in 2022 must consider the significant progress they have made in their nuclear program by violating so many of the JCPOA’s obligations. As Brian O’Toole writing for the Atlantic Council, said last year, “Concerns over Iran’s malignancy are especially notable, as Iran’s behavior is substantially worse than in the aftermath of the JCPOA.”

Iran continues clandestinely seeking dual-use nuclear components, most recently revealed by German intelligence (Federal Office for the Protection of the Constitution – BfV). Tehran sought “products for the development and production of weapons of mass destruction and delivery technologies… German domestic intelligence agencies were able to identify a significant increase in the indications of proliferation-related procurement attempts by Iran for its nuclear program.”

Whether president Trump’s withdrawal from the deal in 2018 was the correct decision without a Plan B, the reality is that Iranian nuclear weapons development is at a completely different and advanced technological stage than in 2015. This includes not only enrichment but missile development and weaponization.

We need to consider the obvious likelihood that Iran has been working in military facilities where no international inspections are allowed. Iranian weaponization work may also be occurring in proxy countries away from the eyes of IAEA inspectors. To pretend to trust the Iranian regime about these matters is preposterous.

The reality has been met with seemingly willful blindness. Recently departed military intelligence chief Maj.-Gen. Tamir Hayman said he prefers a return to the JCPOA that “would push Iran back, far-off from 90% enrichment.” Yet, he seems to contradict himself, as he also recommends striking Iran before they reach 90% uranium enrichment, since they have enough 60% uranium for multiple weapons.

The technical challenge of going from 60% to 90% is far easier than going from 3% to 20% enrichment, which Iran mastered years ago. With the nuclear knowledge Iran has gained over the last seven years, even if they shipped out all of their highly enriched uranium stock, they now could restart and enrich it to 90% in just a few weeks. Another reason a new diplomatic agreement is needed, as the 2015 JCPOA is now obsolete.

So the questions to ask are: Is it wise for Israeli experts to recommend re-joining an agreement that has already allowed Iran to cross the Israeli threshold for a pre-emptive attack? From an American perspective, with Iran capable of restarting its enrichment program at a moment’s notice and capable of producing enough uranium for a bomb in just a few weeks, is it still a good idea to offer the same level of sanctions relief without extending the sunset provisions at least 25 years?

IDF Chief of Staff Aviv Kohavi says, “A return to the 2015 nuclear agreement – or even if it is a similar accord with several improvements – is bad and wrong from an operational and strategic point of view.” In addition, I spoke to two other former Military intelligence chiefs who do not believe rejoining the current agreement is wise without new negotiations that permanently and verifiably end their weaponization program. Those intelligence experts believe Iran has crossed the threshold for a preemptive strike.

Israelis have asked their American allies to give Iran a deadline for negotiations as they fear Iran will continue to chat while they progress to the point of no return. The Biden team has no desire to provide Iran with a deadline lest it gives Israel an excuse to strike. Even without a completed atomic weapon, a nuclear-capable Iran is a game-changer for Israelis, whose lives are immediately at stake in what its enemies call a one-bomb country.

Diplomacy to end Iran’s nuclear weapons program should be the goal, and an American deadline is needed. Diplomacy only works with a credible military threat, something the Biden administration shies away from, it being so much easier to kick this can down the road once again.

My recent conversations with intelligence and security officials in Israel have convinced me Israel is capable at this time of effectively striking the Iranian nuclear program and will be even more skilled in the future. The recent Chariots of Fire war games are proof of Israel’s readiness.

The question is whether if the Israeli intelligence and security consensus believes the time has come to pre-emptively strike Iran’s facilities, can an interim government pull the trigger? Former prime minister Benjamin Netanyahu will verbally attack Prime Minister Yair Lapid no matter what, rather than form a unity government to deal with the repercussions of the Iranian and proxy response to an Israeli strike. Things could come to a head in 2023.