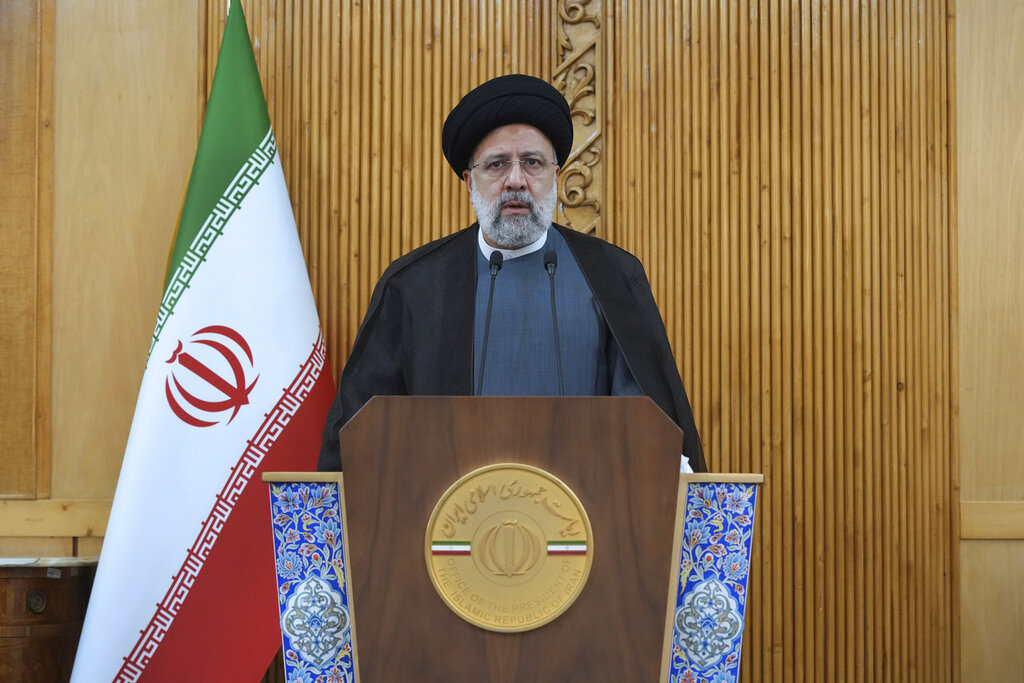 The Iranian regime claimed this month that it foiled two Israeli spy rings’ attempts to enter the Islamic Republic. What were those spy rings looking for? Nuclear arms secrets? Maybe not.

Israel has recently targeted non-nuclear personnel who direct weapons transfers and plan terrorist acts. Rather than just attack Iran’s proxies in Lebanon, Syria, and Iraq, Israel has decided to attack the head of the octopus within Iran. And they are being uncharacteristically open about it. Israel’s National Security Adviser, Eyal Hulata, went as far as to say that Israel has “acted quite a lot in Iran over the past year.”

This openness is deliberate, and it’s working. Israel has spooked Iran to its core with the perception that Israel has penetrated the highest levels of Iranian security. In May, an Islamic Revolutionary Guard Corps leader was thrown from the balcony of his apartment as he was suspected of being an Israeli spy. A Revolutionary Guards commander, Brigadier General Ali Nasiri was also arrested on allegations of spying for Israel by leaking missile blueprints.

A former Iranian vice president, Mohammad Ali Abtahi, told the New York Times’ Farnaz Fassihi and Ronen Bergman that Israeli operations had seriously damaged trust within the country’s security establishment. “The security breaches inside Iran and the vast scope of operations by Israel have really undermined our most powerful intelligence organization.” A report in the Financial Times quoted an Iranian reformist politician saying, “it feels as if Israel has established a large-scale organization in Tehran and freely runs its operations.”

Jonathan Spyer, in the Wall Street Journal, said, the “shadow war between Israel and Iran has entered a new phase…a bold change of the rules of engagement, in which the totality of Iranian strategy will now be opposed on Iranian soil.”

In late June, the head of the Revolutionary Guard’s intelligence service, Hossein Taeb, was fired. He was in charge of the failed assassination plot against Israeli citizens on Turkish soil, which publicly embarrassed the Iranian regime and created a diplomatic strain with its sometime ally Turkey. In a related event, the security head for the Revolutionary Guard’s Vali Amr unit that protects the Supreme Leader was also relieved of his post, as Iranians seem paranoid about how far Israel has penetrated its security services.

How else has this played out in Iran?

A leader of a special operations Republican Guards force, Colonel Saya Khodayee, was assassinated at Tehran this summer. This spring, an Iranian engineer, Ayub Entezar, who worked on Iran’s drone and missile development, was poisoned, as was a geologist at the Natanz nuclear facility, Kamran Aghamolaei. A member of the Guard’s aerospace division, Ali Kamani, was also killed. In addition, Israel allegedly struck the Iranian drone base in Kermanshah, destroying hundreds of unmanned aerial vehicles.

This is some of the evidence of Israel’s updated approach to thwart Iranian expansionism and its nuclear ambitions. Whether Iran rejoins the nuclear deal or Biden allows the Joint Comprehensive Plan of Action negotiations to drift on indefinitely, Israel will continue to target Iran’s nuclear and non-nuclear personnel and facilities both in Iran and abroad based on its security interests.