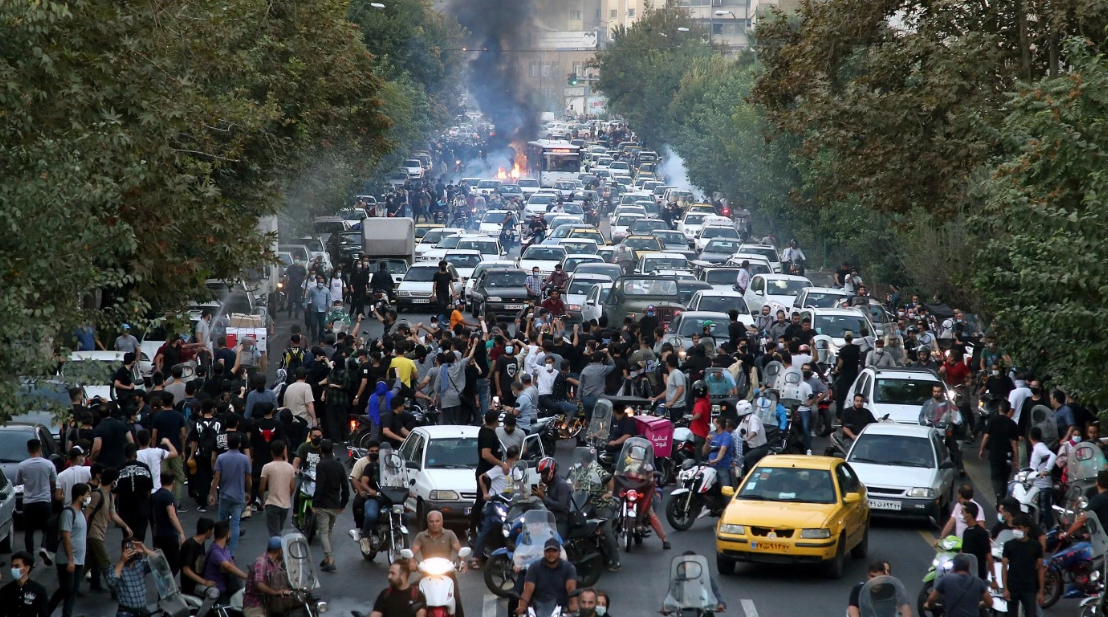 Photo: In this Sept. 21, 2022, photo taken by an individual not employed by the Associated Press and obtained by the AP outside Iran, protesters chant slogans during a protest over the death of a woman who was detained by the morality police, in downtown Tehran. The regime cut Iranians’ access to Instagram, one of the few Western social media platforms still available in the country, following days of mass protests.

Imagine how the American people would react if the Biden administration said it could not support the Ukrainian people because the overriding issue is not their freedom from the domination of an authoritarian overlord but instead that we would be caving to Vladimir Putin’s threat of using tactical nuclear weapons. What if the administration rationalized Putin’s fears and minimized his falsehoods while finding fault with Ukraine’s imperfect democracy?

Yes, apparently we do have isolationists here who have justified Putin’s indefensible actions to the point that, reportedly,  “a leaked Kremlin memo directed Russian state-sponsored media to use a [Fox commentator’s broadcasts] ‘as much as possible,’ due to his criticism of the U.S., NATO and defense of Putin.”