President Biden should choose US security over partisanship regarding Iran 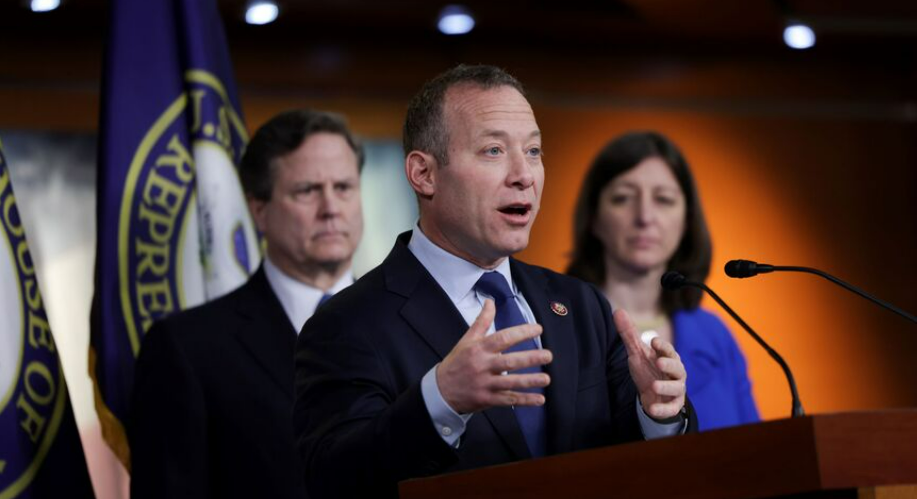 How do you know if your elected officials prioritize political allegiance over national security interests? One of the best ways is to choose a divisive foreign policy where the representatives are lined up according to party affiliation. Now imagine how they would act if the other party advocated for their current position. The Iran nuclear agreement is an excellent example.

What would Democrats say if a Republican administration advocated for the current Iran nuclear agreement? An arrangement that does not extend the sunset provisions but still offers $100 billion per year in sanctions relief. A deal that provides Iran an internationally-approved nuclear program in just eight years. An agreement without any restrictions on their aggression against Israel or consequences for its profound human-rights abuses. How would the majority of the Democratic Party feel about a return to the nuclear deal under those circumstances?

The answer should be clear. The Democrats would rightly savage such a one-sided deal undermining our interests, allowing a third-rate terrorist state to dictate the terms of an agreement. With Iran under dire economic straits, the administration chooses not to use its significant leverage to hammer out a more robust nuclear deal. There was a time when national security interests were not subservient to political allegiance.

Fortunately, a small but not insignificant number of Democrats are speaking up. A bipartisan group of 34 Democrats and 16 Republican U.S. House of Representatives members are demanding no sanctions relief for Iranian sponsorship of terror. “We are concerned that it [the new agreement] could significantly dilute the effectiveness of terrorism-related sanctions on the IRGC, Iran’s paramilitary terror arm and provides the organization with a pathway for sanctions evasion.”

They remember that the Obama administration did not enforce non-nuclear sanctions lest it upset the Iranians. The letter cited reports that the new deal would not sanction non-American citizens who deal with the Iranian Revolutionary Guard Corps, even though the U.S. State Department lists them as a Foreign Terrorist Organization. The IRGC directly or indirectly controls somewhere between 30% and 80% of the Iranian economy. The House members were also concerned that the administration was allowing Russia to profit from the agreement by disposing of Iran’s enriched uranium.

“Therefore, we urge you not to return to any deal with Iran prior to releasing the full text of the agreement and any side agreements to Congress, to provide us with an in-depth briefing on the matter, and to consult with all key stakeholders. We must address the threat of a nuclear-armed Iran, stand strong against terrorists, and protect American values and our allies.” Amen!

There is little doubt that the Biden administration is much more sympathetic to Israel‘s precarious security position concerning Iran. However, this has not dissuaded them from returning to a nuclear deal that is worse than the original deal because it gives the same amount of sanctions relief without any extension of the timeline when Iran can be legitimized as a nuclear power in 2030.

Might this translate into some concessions for Israel that would allow some Democratic skeptics to support the deal? If the Biden administration agreed to transfer to Israel bunker-buster missiles and the means to deliver them, to strike deeply build underground nuclear facilities that might alleviate the concerns of centrist Democrats. America’s approval allowing Israel to purchase four long-range refueling planes is an American carrot and perhaps a harbinger that the Biden administration might be open to giving Israel some of what it needs to effectively strike Iran if it crosses the unknown Israeli red line.

Many believe that Iran is already a nuclear state and Israel needs help with a “Plan B.” Israel’s incorporation into America’s CENTCOM was the first step to building an integrated pre-emptive warning system for Iranian missiles and drones. This would need to be 360 degrees, as Iranian allies can attack Israel from all directions. Brig. Gen. (res.) Nitzan Nuriel, a former member of Israel’s National Security Council, suggested “creating a comprehensive network of radars and satellites linked to an array of interception measures that would be able to intercept a warhead over the launching area a mere seconds following the launch.”

The profound issue between America and Israel is how each interprets the Iranian threat. This is way beyond semantics. Israel cannot countenance a nuclear-capable Iranian nuclear state as it is an existential issue. America’s red line is a completed Iranian atomic weapon, profoundly different from what Israel can tolerate. Iran knows this and uses it to play America against Israel, so Tehran does not need to cross the nuclear weapons threshold to have all the leverage it needs to terrorize the Middle East.

Iran is in no hurry to sign a new deal, as it pays no price while it continues to advance its nuclear capabilities. The knowledge they gain is irreversible, making the agreement less meaningful over time. An Iranian newspaper close to Supreme Leader Ayatollah Ali Khamenei recommended that Iran wait until Europe and America enter the colder season and energy prices spike before re-entering the agreement. Iran would gain more leverage and extract even more concessions, as an agreement will release Iranian oil and lower energy prices. The Europeans would be glad to comply and throw Israel under the bus.

Even if Iran signs a new Iran nuclear deal, what is not mentioned but incredibly important is that there are no restraints on Iran continuing its weaponization of a nuclear warhead. The nuclear agreement only deals with enrichment, and that battle is already lost with Iran a small technical step away from 90% enrichment as they have already mastered 60%.

As many as 5,000 Israeli intelligence, security, and defense officials have signed a letter warning the Biden administration that returning to the nuclear deal under the current terms would be a calamity for the Jewish state. This should not be misinterpreted as warmongering, as Israel would desperately like a nuclear deal, but one with some teeth and longevity.

Former President Barack Obama promised in 2015 that no deal is better than a bad deal. Yet, he signed onto a terrible deal, not only for American interests but for its closest ally in the Middle East. Biden should take a deep breath, step back from the precipice, and not rejoin a nuclear deal that does not extend the sunset provisions for at least 25 years. That is the only thing that could merit $1 trillion in sanctions relief to the world’s leading state sponsor of terror.

Biden should act like President Harry S. Truman when he resisted the lobbying of his administration not to recognize Israel in 1948. Can Biden show the fortitude to overcome the politically motivated impulses of his administration, who are blindly aligned with Obama‘s 2015 deal, and choose politics over American national security interests?