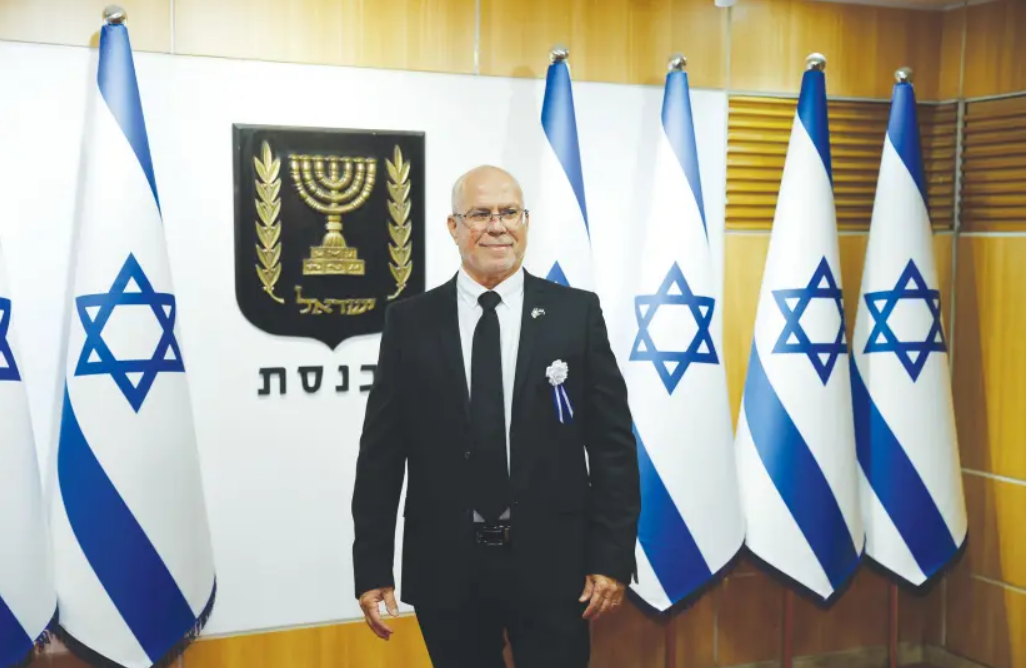 A dear Jewish American friend wrote a heartfelt letter to me about his concern for the future of Israel and whether he could support it in the future.

He shared an article from a mainstream Israeli paper and pointedly said it was not from Haaretz. The article “Coalition MK Calls for Arrest of Treasonous’ Opposition Heads Lapid, Gantz” refers to a lawmaker from Itamar Ben Gvir’s Otzma Yehudit, Zvika Fogel. “These four [Yair Lapid, Benny Gantz, Yair Golan and Bogie Ya’alon] should be arrested. These are the most dangerous people… It’s treason against the state, if I wasn’t clear enough,” said Fogel in a Kan Channel 11 interview.

The charge of sedition, calling for the arrest of Zionists one disagrees with, is beneath any lawmaker in the Knesset. It’s what you’d expect of a non-democratic parliament in Iraq. In a perverted twist, that lawmaker will become head of the Knesset’s Public Security Committee.

My friend asked, “What is your take on this new government? Until when shall we give them the benefit of the doubt? Are they not a risk factor for Israel, world Jewry and ultimately United States interests if they are unpredictable and base their decision-making process on fanatics? Please, enlighten me.”

Opinions on the government

I said, I, too, have many concerns about the new government. I was troubled by Prime Minister Benjamin Netanyahu’s about-face, having previously said he would never appoint Kahane-supporter Ben-Gvir to a ministerial post. In a 2021 interview on Channel 20, Netanyahu said Ben Gvir will not be part of the government.

Then, for political expediency in forming a coalition, Netanyahu chose his personal interest for power above national interests. His coalition’s proposed judicial reforms could lead to a tyranny of the majority, with a simple legislative majority overriding a Supreme Court decision.

Although I, too, believe Israel needs judicial reform based on a Supreme Court that has become unrestrained in its activism since the 1990s, a 70 or 75 majority vote in the Knesset to override the Supreme Court seems like a better check and balance. It appeared the previous version of Netanyahu agreed.

In 2012, before a Supreme Court chief justice ceremony, Netanyahu said, “I believe that a strong, independent court allows for the existence of all other institutions in a democracy… I have shelved every law that threatened to harm the independence of the system, from the attempt to hold hearings for judges in the Knesset, through limiting petitions to the court, to changing the composition of the committee for selecting judges… Every time a bill comes across my desk that could harm the independence of Israeli courts, we’ll take it off the table.”

Judicial reform is needed but with restraint. As Richard A. Posner, a judge on the US Court of Appeals Seventh Circuit and senior lecturer at the University of Chicago Law School, wrote in New Republic, an article titled “Enlightened Despot” as a review of Supreme Court justice Aharon Barak’s book The Judge in a Democracy that “what Barak created out of whole cloth was a degree of judicial power undreamed of even by our most aggressive Supreme Court justices.” In part, the unrestrained power of the Israeli Supreme Court, without any modification by previous Israeli governments, created today’s hard-Right coalition.

I was also troubled that the new coalition had several ministers appointed who, to my taste, were too extreme and whose radical agenda was not representative of the majority of the people of Israel. In addition, they are not what public servants should be, especially with law-breaking and offensive comments. A Jewish democracy should care about all of its citizens, including those from minorities.

For perspective, if not for Netanyahu’s brilliant political manipulation of putting three far-right national religious parties together that garnered 5% of the vote, the election would likely have resulted in a fifth stalemate. There was not an overwhelming majority that voted for this coalition, as there was only a 30,000-vote difference between the 4th and 5th elections and adds to that the political malpractice of Labor not allowing Meretz to join in a united front. It created a perfect storm for a right-wing victory, despite the nation remaining equally divided.

I asked my friend, “Will you end your support of Israel just because you disagree with its current government?” Israel’s right to exist and be defended should have nothing to do with this democratically elected government. We do not walk in the shoes of our Israeli brothers and some of the extreme candidates’ votes were protest votes because previous governments did not address complex issues that included Arab lawlessness and weapons in the Negev and Galilee.

In a future election, Israelis can change course. I reminded him that the government of Menachem Begin was called fascist and the same prognostic forecast for the end of Israel was eerily similar to today.

I told him a story about when I was interviewed and asked why I support Israel. The interviewer said surely you have family in Israel or close relatives who died in the Shoah, and I said I had neither. I said that my parents and grandparents’ generations in the US had little power or influence to stop the world’s most heinous crime in humanity. Then six million Jews were slaughtered and the world looked away, including my own country.

Today, seven million Jews, secular and religious, liberal and conservative, good and bad, have a target on their back. I will not remain silent.

Whether it is because of the Iranian desire to annihilate the Jewish people or the Palestinian policy that pays incentives for terrorism, I will defend Israel unreservedly. I am also a security person, briefing Congress on the importance of Israel as an indispensable American ally for our national interests.

I also will speak out against Israeli government decisions that I disagree with and affect the American Jewish Diaspora. Although I am not an Israeli citizen, I do believe as loving relatives we have a stake in Israel’s moral compass. For American liberal Jews, Zionism may be their only lifeline for their grandchildren remaining Jewish.

Unfortunately, too many progressive Jews, including their rabbis, have been and remain full-time critics of the Israeli government without remaining faithful to the promise and miracle of Zionism. An achievement that liberals should hail as a great victory for exiled people returning to their land after nearly 2,000 years of pogroms, Crusades, massacres and a Holocaust.

But for the American Jewish Diaspora, it must always be stated because so many progressive Jews have made their support for Israel conditional on a government that reflects their left-wing agenda that Israel’s right to exist as a Jewish state is not up for discussion. That is outside the legitimate tent of Zionism.

Remember, you can criticize Israel’s domestic policies with respect and love. But we do not walk in their shoes and do not put our children in harm’s way. This has shaped the current generation of young Israelis who lean Right.

But regarding external threats, especially the Iranian nuclear program, its support of terrorism, and its maniacal desire to wipe Israel and its citizens off the map, every American Jew should be united no matter the current Israeli domestic debate of the day.

Many years ago, I placed a sign on my old synagogue that said, “Where ever we stand, we stand with Israel.”