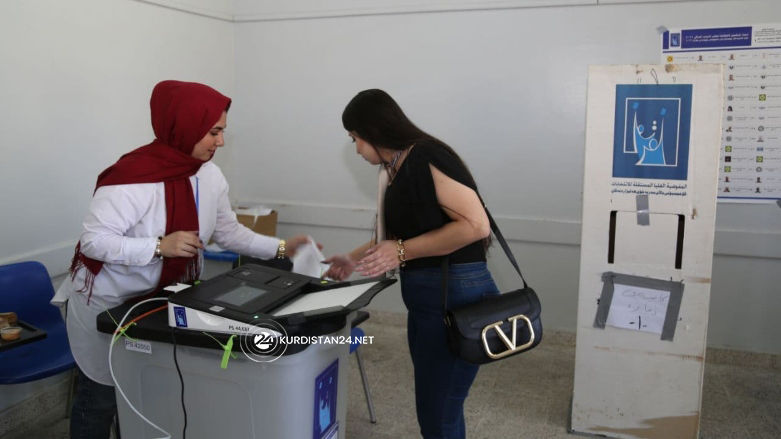 This week’s Iraqi parliamentary election has profound implications for American national security interests. Yet the American people and the Biden administration are either uninterested, weary of regional commitments, or are focused on U.S. domestic concerns on new spending for infrastructure and entitlements. Yet, the Middle East has a peculiar ability to defy America’s quest for withdrawal and isolation, drawing back the U.S. under less than advantageous circumstances. Just ask ISIS.

According to an article in the Wall Street Journal, this week’s election in Iraq “could shape the future for U.S. forces still based there and indicate how Baghdad will navigate a broader geopolitical power struggle between Washington and Tehran… the ballot was also colored by the struggle between Iran-backed militias and the U.S., which has about 2,500 troops in the country.” The early elections are the result of the anti-government protests, poor economic conditions, and government corruption. According to the New York Times, “the country’s fifth general election highlights a political system dominated by guns and money, and still largely divided along sectarian and ethnic lines.”

President Biden has already called for an end to American combat forces in Iraq but is temporarily committed to leaving support and training staff to help Iraq fight a resurgent ISIS. The Iraqi army is weak and dominated by Iranian-controlled Popular Mobilization Forces (PMF) that are integrated into the Iraqi military. We should not be working with Iranian militias as we did during the initial fight against ISIS.

America’s interest in Iraq should not only be about limiting ISIS but not letting Iran dominate another country while abandoning another ally in Kurdistan. Iran is at least if not more of a threat to long-term U.S. interests than the Islamic State. Sunni ISIS jihadists and nuclear-armed Iranian Islamists are both a concern. If the administration genuinely believes that ISIS is the only reason to keep troops there, it is very much mistaken.

Iraqi Foreign Minister Fuad Hussein told The Wall Street Journal in July that the Iraqi government needs “cooperation in the field of intelligence. We need help with training. We need troops to help us in the air.” That is everything the U.S. withdrew from Afghanistan to our detriment.  In Afghanistan, we got the Taliban; in Iraq, we will get Iran. How can this be good for the US, Israel, Kurdistan, the minority populations of Iraq, American allies in the Gulf, Egypt, or Jordan?

Iraq is a domino in the Iranian vision to dominate the region. The expected result of the Iraqi election is a victory for the anti-US cleric Muqtada al-Sadr and Iranian-controlled political groups associated with its militias. They will increase pressure on the next Iraqi prime minister for a complete withdrawal of any U.S. presence from the country. Iranian control of Iraq will be viewed as another American humiliation, leaving another regional country with its tail between its legs.

American allies like the Kurds in the north of Iraq will be left vulnerable to Iranian-controlled militias. They may be forced to deal with the devil in the name of the Islamic Republic of Iran. Having a reliable ally like the KRG (Kurdistan Regional Government) in the middle of such an important geopolitical area for American security interests is taken for granted.

The Biden administration’s latest foreign policy faux pas, not widely reported in the mainstream media, was its failure to come to the defense of Iraqis who were threatened by Iranian-controlled militias for calling for normalized relations with Israel at a conference in Erbil, Iraq. According to former Secretary of State Mike Pompeo, “It is beyond unexplainable that the Biden administration is distancing America from this noble effort of the Iraqi people to normalize relations with Israel.”

The Biden administration’s foreign policy is simple; whatever Trump did, we will do the opposite. This partly explains why it has suffocated advancing the Abraham Accords, one of the most essential American-led diplomatic efforts of the 21st century. For a President who prides himself on diplomacy instead of war, it is nothing short of self-defeating not to prioritize the Abraham Accords.

Secretary of State Anthony Blinken claims he is trying to advance the Accords. Yet even a former Palestinian negotiator Ghaith al-Omari, now Senior fellow at the Washington Institute, said, “It is a fact that the Biden administration has not been, very robustly, involved in building on these accords.”

American interests require some involvement in Iraq. We gain disproportionate influence and leverage in the region with our small footprint. The Iraqi election can upend U.S. interests. It is up to the Biden administration to remember that an Iranian-controlled Iraq is not in our interest, and a cowered Kurdish Regional Government in the north of Iraq is a diminished asset for our security and intelligence interests.

The far-reaching implications of the Ukrainian war