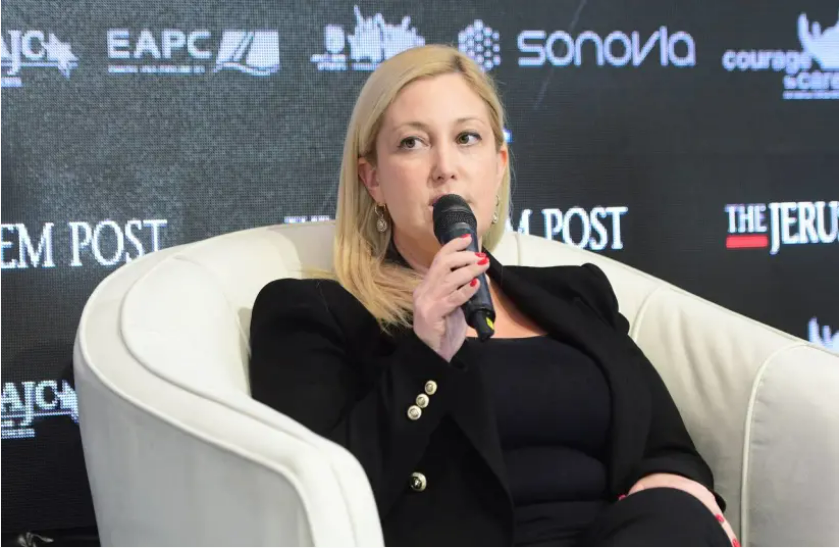 Ask any mainstream American supporter of Israel what one of their biggest complaints about Israel is. The answer nine times out of 10 is Israel’s ineffective public relations. Pro-Israel Americans continually complain that the Israeli government does a terrible job advancing their shared interests to the American public.

According to former Washington Post veteran journalist Ruth Eglash, “I think what Israel needs if it wants to improve its public relations is a better understanding of how the media works. It must not lump all media outlets in the same category, and it must realize that digital, print, radio, television, local, foreign and Jewish media are all different.

“Public relations should not be one size fits all. Israeli spokespeople often dismiss the foreign media as being against Israel and consequently make little effort to respond to requests for information. They do not realize that beyond individual media outlets and journalists are broad audiences that want to understand what is going on here.”

Unfortunately, this often falls on deaf ears. For J Street activists who claim to be pro-Israel, yet have an almost an exclusively Palestinian agenda, it is only the occupation. Barely ever a word they utter explains the complexity of Israel’s relations with its Palestinian neighbors. Criticism of the Palestinian government is almost absent from this cohort, despite the fact that the Palestinian people, if given a chance, would vote the Abbas government out of existence in a nanosecond. Israel has been labeled as white, racist, victimizers, colonialists, ethnic cleansers in the American woke arena, with the epithets growing monthly by the pro-Palestinian Jewish crowd.

For mainstream Americans, Democratic or Republican, moderates and independents, these harsh voices with a binary view of the conflict don’t ring true. Most Americans support Israel but are shouted down on social media by the all-knowing Left, who see pro-Israel Americans, Jew or Gentile, as misguided at best.

The new Israeli government is in a temporary honeymoon period with the Biden administration. Both sides are trying to lower the flames after the Trump and Netanyahu era, which pushed Americans into verbally armed camps. Now is a window of opportunity before the next crisis, i.e., pressure on Israel to consent to the Iran nuclear agreement, regarding the Sheikh Jarrah neighborhood issue, Hamas rockets, etc. Now is a chance for the new Israeli government coalition to present fresh faces to represent Israel’s position and improve its image.

I met one of those faces on my most recent trip to Israel and the Palestinian territories. Member of Knesset Ruth Wasserman Lande is a member of Defense Minister Benny Gantz’s Blue and White Party. After an in-depth conversation with her on broad-ranging issues of the Middle East, it dawned on me that she is a perfect example of a voice who could put Israel’s best foot forward in the media.

The government should put her and other eloquent English-speaking officials front and center in the English-speaking world. No more older men who are inarticulate representatives who do more damage than good to Israel’s image. She and others like her should be sought out as the new faces to represent the Israeli society. It is time for an Israeli government to think about public relations both tactically and strategically.

Israel has to stop letting others define them. Most American left-wing critics of Israel are unaware that for many security issues, the right of return and Jerusalem, the Israeli Center-Left is simpatico with the Center-Right.

Israel also buries some of its most proven effective spokespersons. One of their most eloquent spokespeople, former ambassador Michael Oren, who is trusted by the pro-Israel American community, is an entirely underutilized resource. As the American-Iranian nuclear talks gain steam, people like Wasserman Lande and Oren should be put front and center on mainstream western media.

Wasserman Lande is a Harvard graduate, reserve captain in the IDF Intelligence Corps and a 13-year veteran diplomat that included three years as deputy ambassador at the Israeli Embassy in Cairo. She was the foreign affairs and world Jewish affairs adviser to president Shimon Peres and speaks fluent Arabic. Currently, she is chair of the Caucus for Promoting the Abraham Accords and chair of the Caucus for Eradicating Crime in Arab Society, a hot button topic in Israeli society.

The point is that someone with Ruth Wasserman Lande’s talent and experience is being wasted. The government needs to realize they should identify and put people like her out in the international and Arabic media.

Our conversations ranged from the “miracle” of the coalition coming together, to the inherently different nuances of the Arabic language that make writing written documents between the parties more challenging. We spoke about the coalition’s challenge of a nuclear threshold Iranian state and the attitudes of younger Israelis. She said the coalition has enormous respect for America, and repairing the relationship has been prioritized, especially as the US negotiates with Iran over the nuclear agreement.

The public relations advantage of having a wide-ranging coalition is that many voices can be heard, projecting the reality of Israel’s messy but vital democracy to the American public. The challenge is not easy. Getting Israelis on the same page on talking points is like herding cats, even when they agree with one another.

But this government, headed by an effective English-speaking prime minister, and a foreign minister whose career was in the media, should know better. They need to prioritize communications and public relations, not give it a third-tier status. They need to invest the funds to succeed in this endeavor.

In other words, it must be appreciated as a national security imperative. If Israel wants to advance its interests and help its American supporters do the heavy lifting of explaining the importance of the US-Israel relationship, then the Israeli government needs to step up now.

Is containment an option regarding Iran?

Letter to the Editor: The Growing Risk for Jews Who Show Their Jewishness