Does Qatar deserve to be a major US ally? 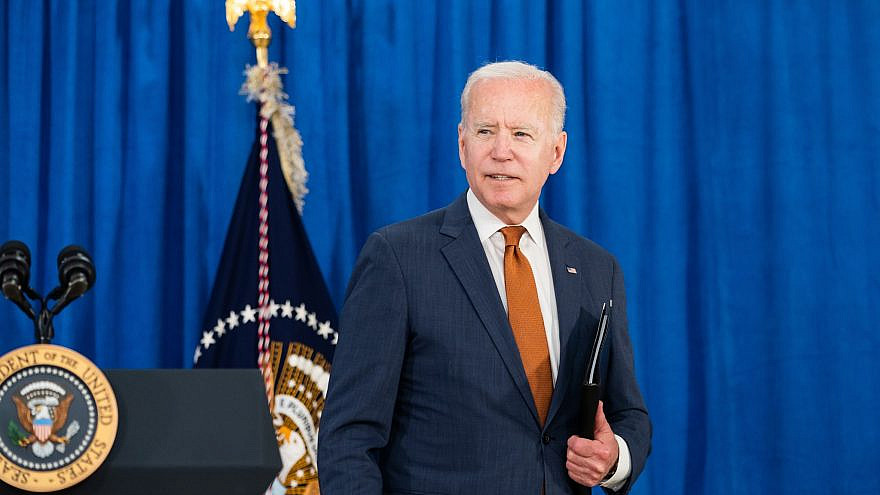 This month, President Joe Biden said that he would be notifying Congress that he would designate Qatar as a major non-NATO ally (MNNA) to “reflect the importance of our relationship. Qatar is a good friend and a reliable partner.” He thanked the autocratic ruler of Qatar, Sheikh Tamim bin Hamad Al Thani, for his help with defeating ISIS, his assistance with the Israeli-Palestinian conflict and for aiding Afghan refugees.

But this begs the question: Is Qatar as trustworthy and pro-American as the president says? Does the country deserve such a valuable designation, or is it a necessity made out of American weakness? And will Biden bypass concerns from America’s Gulf allies, Israel and the State Department, and sell it the MQ-9 Reaper drones Qatar seeks? Back in October, Biden’s Department of Defense recommended the sale.

Although denied by the Biden administration, it seems there is a straightforward quid pro quo between the emir and the United States. In exchange for the Qataris pumping more natural gas for Europe to offset any Russian supply shortages that might result from sanctions punishing Moscow for its Ukrainian adventure, America has fast-tracked MNNA status. What is not acknowledged by much of the media is that Russia’s stranglehold on Europe’s fuel supply is America’s self-inflicted wound. The administration’s climate policy has stifled domestic fossil-fuel production—bankrupting the fracking industry, enriching Qatar, and all the while not improving the overall climate situation. The only difference is that the money goes into Qatari pockets that support Islamic radicals, not American ones.

So is Qatar a reliable friend of the United States, or is it something else?

On the positive side, Qatar hosts the U.S. CENTCOM headquarters at Al Udeid Air Base. This is not out of Qatari magnanimity, but for their self-interest; it has acted as a bulwark against an Iranian takeover of Qatar. In fact, America could have the UAE build an equivalent nearby air facility in the Emirates that would deprive the authoritarian Qatari government of its leverage. We have been looking the other way, ignoring their malign behavior, such as funding the Muslim Brotherhood.

According to Gregg Roman, director of the Middle East Forum, “Haggling with dictators to secure the free world’s energy supply is bad policy … threaten(ing) U.S. national security and energy independence. In nearly every transaction between the two nations, America’s loss ends up being Qatar’s gain. … American energy dominance focus(ing) on increasing liquefied natural gas exports … weaken(ed) the power of gas exporting giants such as Russia and Qatar.”

During his visit, Emir Al Thani told President Biden, “We will continue working together to find ways and means to bring peace in our region.” But how does hosting a rogue gallery of terror organizations ranging from Hezbollah to the Taliban to Hamas to ISIS bring stability to the region? Every one of those organizations has American blood on its hands. When I brought this up a few years ago with a foreign-policy expert of the chairman of the Senate Foreign Relations Committee, I was told that I was not mistaken, but the other players in the Gulf—i.e., UAE, Bahrain, Oman and the Saudis—are no Boy Scouts either.

The Qatari government-controlled news service Al Jazeera has spewed anti-American and anti-Semitic stories for decades while giving the Muslim Brotherhood and Islamic extremists a platform. It has used its vast megaphone to attack America’s Gulf allies, Egypt, UAE, Israel and Saudi Arabia. In September 2020, the U.S. Justice Department “took away Al Jazeera’s designation as a media outlet and designated it an agent of Qatar” engaging in “political activities on behalf of the Qatar government.”

The Qataris should be thanked for their help transiting Afghanistan refugees after the withdrawal debacle. But that misses the point that the Al Thani government was more than happy to host the leadership of the Taliban and other jihadists. Qatar has excellent relations with Hamas, a U.S.-designated terror organization. They also have hosted Hamas leaders. Qatar uses its connections with Hamas to ferry money into the Gaza Strip so Hamas can be bribed not to send missiles into Israeli civilian areas. At the same time, Hamas uses the money not to assist the civilian population, but to build terror tunnels and buy more lethal rockets.

Their relationship with Iran is a bit more complex—out of economic necessity, as they share the world’s largest gas field with Iran. But Iran is the worst anti-American actor in the Middle East, fomenting instability with an unquenched desire to expand and control the region. Has Qatar as a solid American ally helped to moderate Iran? Has the Biden administration even asked Qatar to be more helpful?

With the incredible Al Thani family wealth, Qatar has embarked on multi-year PR and tourist campaigns to polish their image in the United States, helping people forget about their funding of Islamic terrorists who have killed Americans.

Except for Israel, all the nations in this region are authoritarian and come with lots of baggage. Understandably, we also share geopolitical interests with Qatar, but let’s not mistake these interests for a shared vision of the Middle East. Offering permanent major non-NATO status in exchange for a temporary increase in natural-gas production is an excellent deal for Qatar. But is it for America? Shouldn’t we get something more?

How about a different quid pro quo. We offer major non-NATO ally status in exchange not only for the promised gas exports to Europe but demanding they distance themselves from the Muslim Brotherhood, Hezbollah, Iran and Hamas. How about lobbying them to join the Abraham Accords? They used to have better relations with Israel. That would be a game-changer in advancing Middle East peace and proving they are on our side, not Iran’s, Hamas’s or Turkey’s, another Muslim Brotherhood supporter.