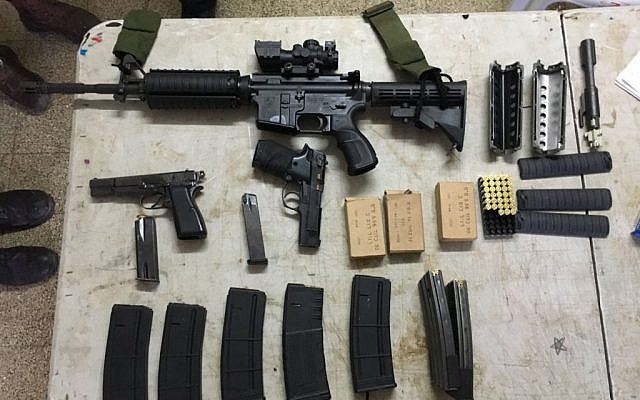 June 2022 is the 15th anniversary of the bloody coup in which Hamas terrorists in the Gaza Strip overthrew the Palestinian Authority in just three days. Since 2007, Hamas in Gaza, with Iranian support, has targeted Israeli civilian homes with tens of thousands of missiles over five wars and committed innumerable other violent attacks.

This month, P.A. security forces arrested 19 West Bank Hamas operatives who were tunneling under a P.A. security facility near Ramallah. This activity is reminiscent of the methods Hamas used to take over Gaza.

Hamas has never been coy about its desire to take over the West Bank. As Hamas co-founder Mahmoud al-Zahar said, “Just as we liberated Gaza … we will make the same effort in the West Bank as we prepare to extend our presence to all of Palestine. … Hamas is prepared to activate the muqawama [‘resistance’] in the West Bank cities in tandem with the other Palestinian organizations”—a reference to Hamas ally Islamic Jihad.

The West Bank is fertile ground for Hamas’s attempts to undermine the P.A. Fadi Elsalameen, an adjunct senior fellow at the American Security Project, said, “Almost 84% of the population believes that the Palestinian Authority is corrupt. … We have very wealthy politicians.”

Hamas is watching the West Bank closely as it seeks an opportunity to destabilize the P.A. It improved its image among Palestinians by attacking Israel during May 2021’s “Operation Guardian of the Walls” to supposedly defend the al-Aqsa mosque on the Temple Mount, which made the P.A. look impotent. Hamas is also probing for weaknesses in the P.A. by fomenting strife among young people in neglected universities and refugee camps. Moreover, aging P.A. leader Mahmoud Abbas is in poor health and has not designated an heir apparent. When he leaves or dies, there will be a struggle for leadership of the P.A., giving Hamas an opportunity to create chaos.

Moreover, it is not hard to picture a scenario in which, after Abbas’ demise, security coordination between Israel and the P.A., which has thus far prevented a Hamas takeover, collapses and anarchy ensues.

According to Israel Hayom, “Abbas’ wavering health has signaled that the race to succeed him has begun.” It is most likely that Abbas’ successor will be one of his PLO cronies, but the process will be contentious and violent. Hamas may stay on the sidelines if warring tribal and political factions within the P.A. attack and weaken one another. Then, as in 2007, it can swoop in and methodically execute anyone in Fatah, the PLO or the P.A. who stands in its way.

The current Israeli governing coalition has just collapsed. In a few months, Israelis will hold their fifth election in the last four years. Multiple elections every year may become the norm, given that the formation of a coalition government from the center or right will be difficult. If there is strife in the West Bank, the caretaker government of interim Prime Minister Yair Lapid will not be dealing with it from a position of strength.

President of the Jerusalem Institute for Security Studies (JISS) Ephraim Inbar said that Israel’s ongoing political crisis “deepens weaknesses in Israeli society and invites foreign aggression. … The power of the IDF, the potency of Israeli deterrence, the health of Israeli society … all are impacted negatively by continuing electoral indecision.” However, Palestinians should not equate Israeli political chaos with the Israeli people’s inability to coalesce against a Palestinian threat.

Why is all this important to American interests?

Israel is America’s closest and only reliable ally in the region. The two countries coordinate their approaches to the Iranian threat, Israeli strikes against Iran in Syria and the expansion of the Abraham Accords to Saudi Arabia. Given all this, a stable Israeli government is an American asset. The U.S. has enough on its plate with China, Russia, Turkey and energy security in the Middle East without having to deal with a dysfunctional Israeli electorate. President Joe Biden will weigh in on the Israeli political circus in a few weeks when he arrives in Israel.

As the vultures circle Abbas, who is in the 18th year of his four-year term, the fragility of the status quo between Israel and the P.A. in the West Bank may be entering a new and more dangerous phase. A breakdown of that fragile relationship is not good news for Israel or the United States.

Is there a double standard for Israel and antisemitism?