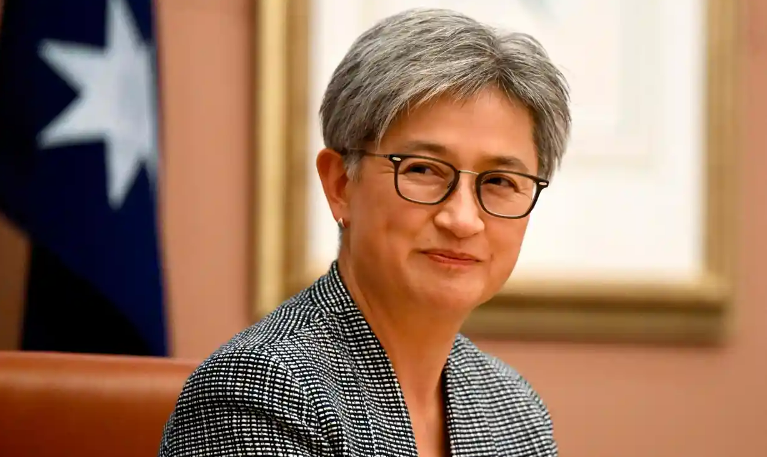 Photo: Writing in the Australian Jewish News about the government’s reversal of recognising West Jerusalem as Israel’s capital, the foreign affairs minister, Penny Wong, vowed: ‘I will always be straight with you, and I won’t use this issue to score points.’ Photograph: Lukas Coch/AFP/Getty Images in The Guardian.

This month, Australian Foreign Minister Penny Wong reversed the previous government’s decision to recognize western Jerusalem as Israel’s capital. The question that should be asked is why that recognition was controversial at all.

No fair-minded person who believes in two states for two peoples thinks Israel should not be entitled to at least the western part of Jerusalem in any future settlement with the Palestinians. This principle has been part of every peace proposal in recent memory and the area has been in possession of the Jewish state since it was founded.

On multiple occasions, Israel offered the eastern part of Jerusalem to the Palestinian Arabs as their capital. It was repeatedly turned down. That is because the real problem, unacknowledged by Australia’s recently elected left-leaning government, is that the Palestinians and their current leadership refuse to accept a Jewish state in any part of the Land of Israel.

Israel is the only country in the world whose capital is not recognized by the overwhelming majority of the world’s countries. If Israel were any state other than Jewish, the international community would have, at minimum, accepted the western half of Jerusalem as Israel’s capital while leaving the disputed eastern half for a future settlement.

The United States has gone much further, not only recognizing all of Jerusalem as Israel’s capital but moving its embassy to the city. President Joe Biden, to his credit, has not moved the embassy back to Tel Aviv, despite pressure from the pro-Palestinian left-wing of his party.

After Russia, of all places, recognized western Jerusalem as Israel’s capital in 2017, international law scholar Eugene Kontorovich wrote, “There’s no good reason to maintain the charade that Jerusalem is not Israeli.”

As a Jerusalem Post editorial recently stated, “How ironic it is that the Russians, whose relationship with Israel is now being strained by the war in Ukraine, have not reversed their Jerusalem move, while Australia, considered among Israel’s best friends in the world, has done just that. … They have said that western Jerusalem, the country’s capital since 1948, is up for negotiations. … It reinforces the rejectionist tendency amid the Palestinians.”

Critics have claimed that to acknowledge any part of Jerusalem as Israel’s capital prejudges the final settlement of a sensitive issue. But if the western half of Jerusalem is considered up for negotiation, it means that not only are the Palestinians laying claim to the entire city, but the international community acknowledges Palestinian claims on Israel within the 1949 armistice lines.

The excuse that the U.N. partition plan of 1947 envisioned Jerusalem as an international city should have disappeared when the Arabs attacked Israel within five hours of its creation. Every part of Jerusalem the Arabs controlled was emptied of Jews. Almost all of eastern Jerusalem’s synagogues were destroyed and Jewish property was desecrated. Jewish tombstones from the Mount of Olives were used for building materials. Jews were not allowed to enter the Old City of Jerusalem, which contains their holiest sites, despite international guarantees that they would be able to do so. Under Israeli rule, Jews, Christians and Muslims can all visit and pray at their holy sites.

In short, Wong’s claim that recognizing western Jerusalem as Israel’s capital would undermine a final settlement to the conflict is disingenuous. Her government’s decision rewards a weak and corrupt Palestinian Authority, which is supporting an ongoing insurrection in Judea and Samaria and glorifies terrorists as martyrs.

Ms. Wong called for a two-state solution, not a two states for two peoples solution. The Palestinian goal is a one-state solution. For them, that means a de-Judaized state in Judea, Samaria and Gaza, and a binational state within the 1949 armistice lines with an unlimited right of return for descendants of Palestinian refugees.

The Australian move to end recognition of western Jerusalem as the Israeli capital rewards Palestinian maximalism while undermining the possibility of a resolution to the conflict in which both sides would have to make significant concessions.