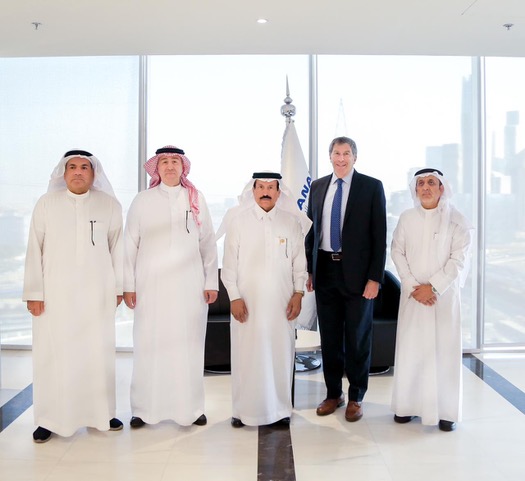 Photo: Dr. Mandel at the Saudi Rasanah International Institute for Iranian Studies with the former Saudi Ambassadors to Iran, Pakistan, Lebanon and Sudan, as well as a former high ranking Ministry of Defense official.

The personal feud between Crown Prince Mohammed bin Salman of Saudi Arabia, who may become king for the next 50 years, and President Joe Biden, uprooting 80 years of cooperation between the countries, threatens to undermine the interests of both nations during a time of fragile international relations.

For many years, the formula was Saudi oil for American security, a transactional relationship that benefited both parties. It provided America with cheap fossil fuels while protecting the conservative kingdom from predators. The relationship has had many ups and downs, particularly the 9/11 attacks and the 1970s oil embargo in response to American support for Israel after the 1973 Yom Kippur war.

My recent visit to the kingdom of Saudi Arabia was an attempt to see the world through their eyes, to present an American perspective and, most importantly, to make recommendations about how we might heal the rift. Shared interests, albeit with limited shared values, require finding a path forward.