Skip to content
JCPOA The Biden Administration The Persian Gulf 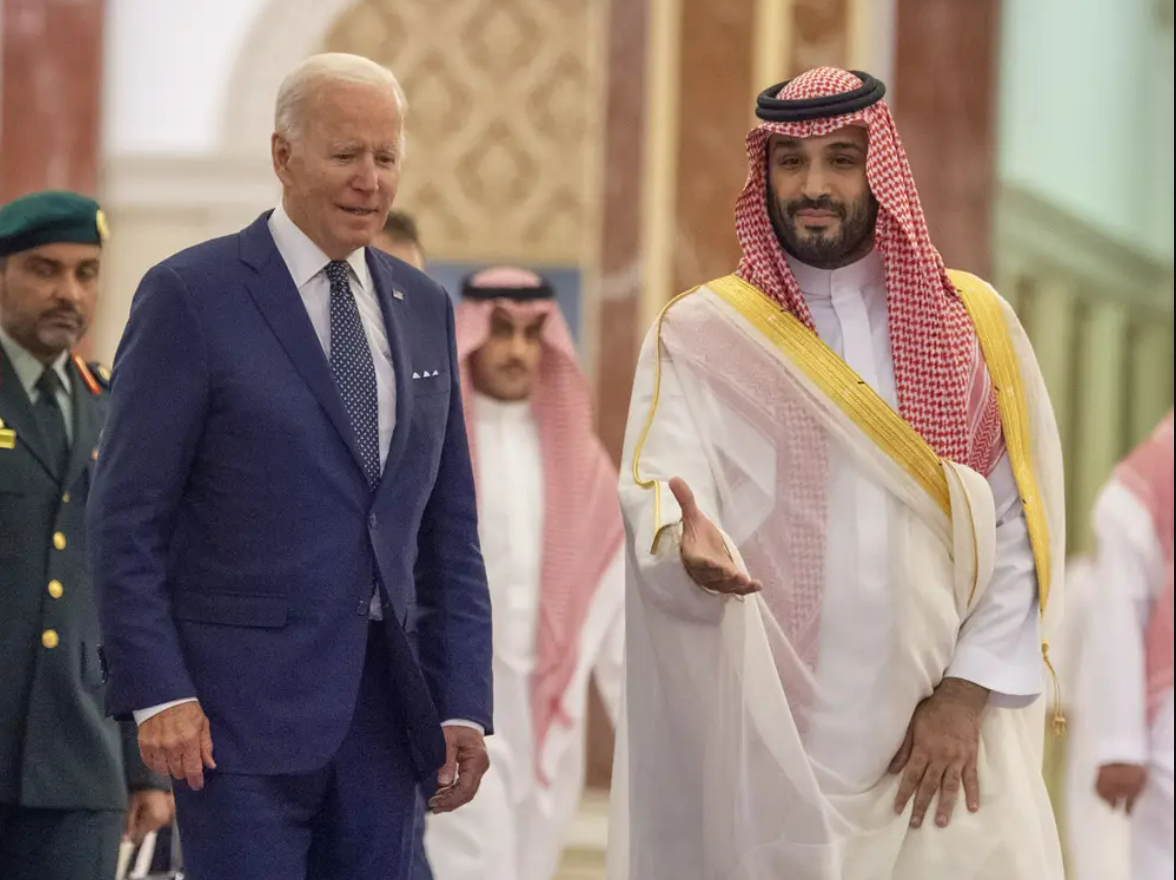 I recently returned from meetings in Saudi Arabia with diplomats, foreign ministry and counter-terrorism officials and various think tanks. One of my goals was to see how close the Kingdom is to joining the UAE, Morocco, Sudan and Bahrain in normalizing relations with Israel.

The Abraham Accords are just two years old, but they have revolutionized the relationship between the Jewish state and the moderate Sunni Arab nations, so it is not unreasonable to think that what has until now been a Palestinian veto on any diplomatic progress between Israel and Saudi Arabia might be at an end.

The Abraham Accords employed an outside-in strategy, making peace between Israel and its Arab neighbors as a bridge that would allow the Palestinians to feel comfortable with making the necessary concessions for peace. Unfortunately, with a corrupt Palestinian Authority, which has never come to terms with a Jewish state anywhere in the Levant, it is up to the Sunni states to say: Enough is enough, we need to make peace with Israel in our own interests.

It was always presumed that the UAE and Bahrain would never have joined the Accords without behind-the-scenes Saudi encouragement. However, as I learned last year when I spoke with officials at the Saudi embassy in Washington D.C., the Saudis still believe they have a special obligation to protect their Palestinian Arab brethren, no matter how difficult they are to deal with. On the other hand, the Saudis know that the Palestinians are not fond of them, and the feeling is mutual.

So, I asked why they allow the Palestinian Arabs to work against Saudi security and economic interests. A few officials reminded me that the Saudis were incredulous that Arafat did not take the Israeli-American peace offer at Camp David and Taba in 2000 and 2001, and seemed unaware of an even more generous offer Abbas refused from then-Prime Minister Ehud Olmert in 2008.

According to Bloomberg, Saudi Foreign Minister Prince Faisal bin Farhan said last year that the Kingdom has “no current intention to join the [Abraham] Accords. … The best way to build on that spirit is to find a path to solving the issue of the Palestinians and finding a path to a Palestinian state. … Without solving the Palestinian-Israel conflict, we’re not going to have real, sustainable security in the region.”

The precarious state of U.S.-Saudi relations today will likely be a drag on any possibility of diplomatic progress between the Kingdom and Israel. Despite Secretary of State Antony Blinken saying Saudi Araba is a “critical partner” in expanding the Accords, the Biden administration has invested minimal political capital in making it happen.

The Saudis know that the administration would consider it a political win if Riyadh joined the Accords, and they are in no hurry to do Biden a favor. This is especially the case after Biden publicly reprimanded Crown Prince Mohammed bin Salman (MBS) for lowering oil production while Americans are paying high gas prices, despite the president’s demand that he refrain from doing so.

If Biden wants the Saudis to help with future oil production, the quid pro quo will be American help against the Iranians. If the U.S. stops its outreach to Iran and imposes more “consequences” on the ayatollahs, MBS will almost certainly start pumping more oil.

When asked by the Saudis how they could get back into the good graces of the U.S. despite the current difficulties, I said I would give them the advice I gave to the Egyptian Foreign Ministry a few years ago when President Abdel Fattah el-Sisi’s human rights record was hurting Egypt’s relationship with America: There is still bipartisan consensus in support of the U.S.-Israel relationship, and any warming of relations with Israel would be welcomed in Congress and by the administration.

All the Saudis I met, officially or not, on the record or off, made a point of saying that they are ready for diplomatic relations with Israel only if the Palestinian issue is resolved. It sounded to me like they were still following the old Saudi playbook: A resolution of the Israeli-Palestinian conflict would have to come before normalization.

If new marching orders from a new king were to arrive, however, more than a few Saudis would be happy to develop relations with Israel. This was reaffirmed to me by someone close to the next generation of princes. I believe that when King Salman passes away and MBS consolidates power, the Palestinian issue will be sidelined to some extent.

I recommended to my interlocutors that, if they are not yet ready to join the Abraham Accords, they should find other public ways to build a bridge between Israel and Saudi Arabia. I said being pro-Israel is the secret sauce in Congress, as it remains, for most, a bipartisan issue. Off the record, moreover, I heard from some that the anti-Saudi comments made by Muslim members of the left-wing congressional “Squad” have not been appreciated. The American pro-Israel community is not a fan of the Squad either.

So, will Saudi Arabia join the Abraham Accords?

While King Salman is alive and President Biden prioritizes a return to the Iran nuclear agreement, it is very unlikely. However, the Saudis and the Israelis have a lot to offer each other and need a united front against their common adversary Iran. One day, MBS will be king, and the possibility of closer relations will become a reality. But with Iran threatening Saudi Arabia and Kurdistan to deflect attention from its persecution of its own citizens, it would be preferable for improved ties with Israel, and for that matter the U.S., to come sooner rather than later.