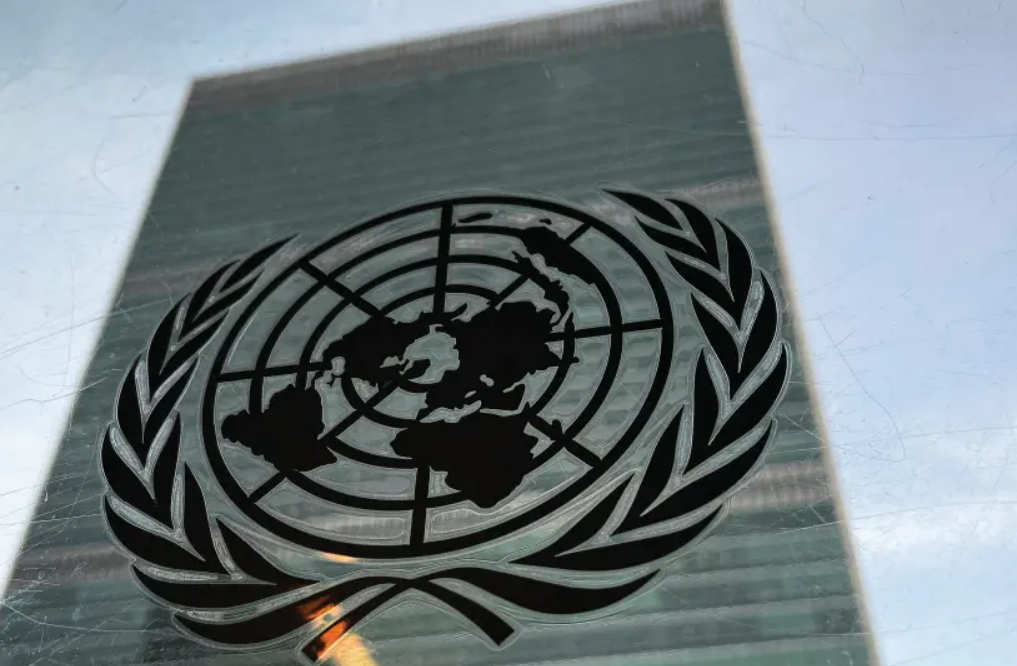 Photo: The United Nations headquarters building in New York City, and the UN logo: Today’s UN needs to be reimagined and reformed to address the limited problems it can effectively handle, says the writer. (photo credit: CARLO ALLEGRI/REUTERS)

One of the most troubling ongoing crimes against humanity is the “discriminatory detention” and “serious human rights violations” committed by the Chinese Communist government against its Muslim Uighur population. Interviews find credible reports of food deprivation, rape, forcible medical interventions, sleep deprivation, forced labor and brainwashing.

Yet somehow, in the perverse universe of the UN, its Human Rights Council voted against an investigation into these serious charges. The council is the tip of the iceberg of what needs to be reformed or replaced at the UN. The Human Rights Council is comprised of some of the most egregious human rights abusers, from Cuba to China to Venezuela to Pakistan. The Biden administration gave the council legitimacy by rejoining it last year, making the specious argument that unless we are part of the council, we will not be able to influence it.

Unfortunately, we have not had any significant effect in changing its agenda or actions. Claiming behind-the-scenes influence as an accomplishment is degrading for the world’s only democratic superpower. Membership in a multinational organization primarily comprised of authoritarian and communist, and human rights abuses does not advance our security interests or reputation. President Barack Obama strongly supported letting international organizations like the UN take the lead and dictate American foreign policy, as he did with the JCPOA (Iran deal), bypassing his constitutional obligation to submit such a consequential agreement to the Senate for ratification as a treaty.

We are not just one among many equal nations, as Obama would have it. A 2015 Washington Post article stated that Obama’s “radical exceptionalism [of America] embraces the darker moments in American history.”

There is no moral equivalence between the US, Russia, China and the majority of the UN members. We still aim to be a beacon of democratic light for the world, imperfect as we are. A survey in The Washington Post said 84% of people agree with the statement: “I would rather be a citizen of America than of any other country in the world.” That sounds pretty exceptional to me.

The UN needs to be reimagined

This is not to say there is no place for international organizations like the UN. Today’s UN needs to be reimagined and reformed to address the limited problems it can effectively handle, primarily because only 26 of the 193 member states are fully democratic. The United Nations can still be helpful in humanitarian disasters and health crises, such as AIDS and malaria prevention. Israel decided to let the UN be the arbiter of last resort for their newly created maritime deal with Lebanon. That may not be wise, knowing the history of blatant antisemitism within the organization that still acts as if Zionism is racism.

However, outsourcing American security interests to the veto power of Russia and China in the UNSC makes little sense. The UN was created in 1945 to maintain peace and security at a time when the majority of the member states were democratic. By any objective analysis, the UN has been impotent in resolving most security issues, including genocide. Just ask the Syrians, Cambodians, Rwandans and Rohingyas.

It is time to reinvent the UN and its institutional arms because they too often serve the interests of our enemies and undermine our allies, especially Israel. According to the IHRA definition, the UN’s singling out of Israel and treating it by a standard different from every other nation is antisemitism. From the Human Rights Council, which has a standing agenda item against the Jewish state and no other nation, to weaponizing the definition of Palestinian descendants of refugees to delegitimize Israel’s right to exist, the UN has become pathologically focused on Israel while ignoring the genuinely abhorrent nations. Undermining Israel is counterproductive to American national security strategy, which relies on a strong Israel for intelligence and the first line of defense against Iran and its proxies.

If there were no United Nations, America would still be able to speak directly to any friend or foe and create new regional and global institutions that better serve our interests. A coalition of willing democracies and nations that share our economic interests is the diplomatic path forward for the US in the 21st century.

The UN’s incompetence and corruption demand we deprioritize the UN as a global security force. Just look at the UNIFIL force in southern Lebanon. They have not enforced the demilitarization in southern Lebanon or stopped a single missile transferred to Hezbollah from Iran, despite the mandate of UNSC Resolution 1701. In 2015, after nine years of non-compliance, a UN report said, “The maintenance of arms by Hezbollah and other groups outside the control of the Lebanese State violates the resolution.”

America already looks hypocritical on the human rights front. It is trying to enrich the world’s leading terror state and human rights abuser, Iran, with a trillion dollars in sanctions relief while they are ruthlessly suppressing a domestic uprising for freedom. Realpolitik in a world of authoritarians sometimes forces us to compromise values to advance our interests. But funding the Islamic Republic, which has spat in our face for more than 40 years, calling for our destruction, is not a good look for America.

It’s time to rethink the mission of the United Nations. America should begin by withdrawing from the Human Rights Council and defunding it. As a WSJ editorial opined, “Everyone knows the UN Human Rights Council is a sinkhole of moral equivalence. But if it can’t pass a motion merely to open discussion on China’s abuses in Xinjiang, there is no reason for it to exist or for the United States to continue to be a member.”

We should end the financial support of UNRWA until it stops defining descendants of Palestinian refugees as refugees. We should demand that it align with the way the principal UN refugee agency, UNHCR, determines and treats refugees. UNHCR’s mission is to resettle refugees in third countries where they have found sanctuary and does not give refugee status in perpetuity as UNWRA does. The UN is using the contrived definition of Palestinian refugees as a sword to undermine Israel’s right to exist in secure borders.

America needs to scrutinize the finances of the bloated UN organization, making sure our tax dollars are not mainly enriching a bureaucracy. And we need to create new and strengthen older international security and economic organizations in conjunction with our democratic allies, outside the influence of non-democratic international bodies.

As the president of the Uighurs Association said, “That even a debate on the human rights situation is not allowed… clearly shows on the international stage that their moral obligation to defend human rights is for sale, corrupting the UN itself… The UN needs urgent reform.”