The Palestinian Authority cannot meet the most basic requirement for statehood 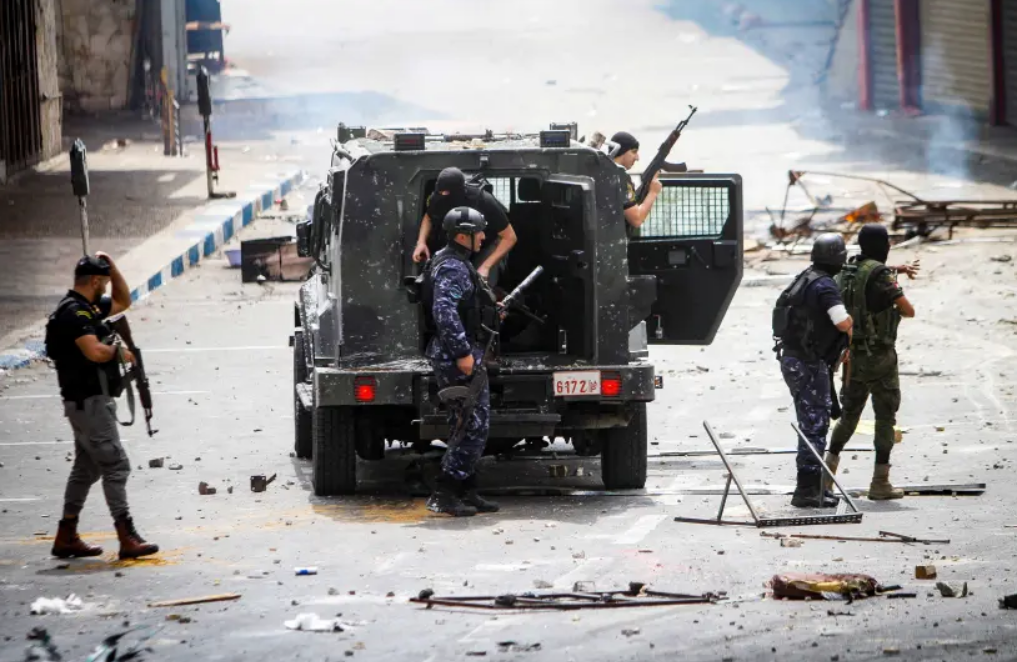 It is an article of faith among European leaders, the political intelligentsia and the Biden administration that “two states for two peoples” is the only solution to the Israeli-Palestinian conflict. Failure to achieve this goal is usually blamed on Israel, with many accusers going so far as to assert that Israel has no right to exist and accusing it of being an apartheid colonial entity perpetrating ethnic cleansing against the indigenous population of “Palestine.”

With Israeli elections set for Nov. 1, the public debate is heating up, and Prime Minister Yair Lapid has been vilified by former Prime Minister Benjamin Netanyahu and his supporters for Lapid’s statement that he supports the two-state solution. Let’s leave aside that Netanyahu has supported two states in the past and simply note that, in politics, truth is the first casualty.

Lapid has said, “I expressed once more my commitment to the two-state solution. But the Palestinians need to put an end to terrorism and incitement.”

Besides the ideological, moral and long-term strategic issues with the two-state solution, perhaps the most important question is: In the foreseeable future, under the current Palestinian Authority leadership, is there the possibility of a territorial divide that results in a Palestinian state that could meet Israel’s security requirements?

The answer, unfortunately, is a resounding no. At the moment, the P.A. is incapable of upholding any security pledge it might make to Israel or the United States. As a result, the P.A. cannot meet the minimum requirement for a state.

The supreme test for a stable, sustainable and legitimate state is a monopoly on the use of force within the territories it controls. In the case of the P.A., this territory is currently composed of Areas A and B of Judea and Samaria—constituting around 40% of the area. The P.A. does not have the capability or willingness to confront the armed factions in these areas, never mind an expanded area provided for a Palestinian state. Moreover, the P.A. does not control an inch of the Gaza Strip, which is under the control of the terrorist entity Hamas, which sometimes appears to hate the P.A. and its chief Mahmoud Abbas even more than the Jews.

According to Melanne Civic and Michael Miklaucic in their book Monopoly of Force, “While no state has an absolute monopoly of force, to be accountable for actions taken within its borders, a state must have at least a preponderance of force; it must be able to prevent hostile acts toward other states. This is a minimum assumption of effective sovereignty.” The belief that the P.A. would be capable of this minimal level of sovereignty is wishful thinking.

The current unrest in Judea and Samaria is a perfect example of the P.A.’s ineptitude. The cities of Jenin and Nablus in Area A and B are lawless spaces controlled by a toxic mixture of armed elements of Abbas’ Fatah Party, Hamas and Palestinian Islamic Jihad, among others. If Israel were not doing the P.A.’s dirty work, these groups would not only attack citizens of the Jewish state but, within a short time, overthrow the P.A. itself.

According to Efraim Inbar, the president of the Jerusalem Institute for Strategy and Security, “To a significant extent, the P.A. is a failed state, defined by the lack of a monopoly on the use of force. … Abbas shied away from confronting the armed gangs and failed to centralize the security services. Indeed, the P.A. lost control of Gaza to Hamas and has continuous difficulties dismantling militias in the territory under its formal control.”

Ordinary Palestinian citizens are responding to this by arming themselves—a logical decision under the circumstances. As former U.S. Secretary of Defense James Mattis said, “We need to recognize that in an imperfect world, we cannot blame a man for wanting to maintain his arms for the protection of his family, land and community when all around him is chaos, lawlessness and corruption, with little or no opportunity.” This is the environment created by an impotent P.A. The vacuum is being filled by terrorists, thugs and Islamist fanatics.

The willful delusion that the P.A. would have a monopoly of force in any proposed state would be laughable if it were not so dangerous. Indeed, the most likely outcome of the creation of a Palestinian state is a Hamas coup. One can support the two-state solution, but refusing to acknowledge that there is no entity capable of a monopoly of force in a Palestinian state—except perhaps for Hamas—is a danger to Israel’s existence and undermines American interests, which depend on a stable Israel. For the foreseeable future, the only realistic option is the status quo.