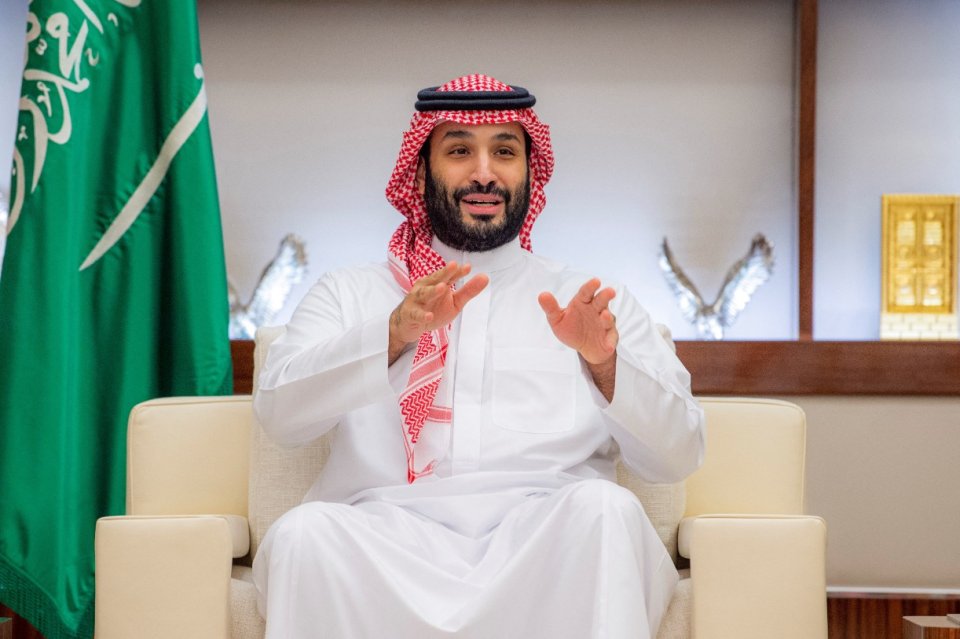 Published in The National Interest on November 5, 2022. Image by Reuters.

I recently returned from meetings in Saudi Arabia, hoping to bring back some understanding of their perspectives on the Iranian threat and their view of the damaged relationship with the United States. My discussions ranged from briefings with the foreign ministry, diplomats, counter-terrorism experts, the presidency of state security, and the Rasanah International Institute for Iranian Studies.

For many in America, the Saudi image is irreparably tarnished by 9/11, the Arab oil embargo of 1973, the Khashoggi murder, and the recent refusal of President Joe Biden’s request to pump more oil before the midterm elections. As Senator Bernie Sanders told ABC News, “I just don’t believe we should be maintaining a warm relationship with a dictatorship like that.”

On the other hand, Saudis think America doesn’t appreciate how significant a threat Iran poses to the kingdom. They see their country in the crosshairs of the supreme leader, with Iranian desire not only for Saudi natural resources but to replace Sunni control of Mecca and Medina, an anathema to Iran’s revolutionary Shiite theology.

As a senior foreign ministry official told me, “We are the number one target of Iran.” They view the Islamic Republic of Iran as “a revolution, not a state. When Iranians are confronted, they simply lie and deny.”

The Saudis see a double standard. The continuing U.S. preoccupation with the ugly killing of the journalist Khashoggi, which deservedly gave a black eye to the Saudi government, doesn’t rival in magnitude Iran’s participation in the Syrian genocide in which hundreds of thousands were killed. Iran’s Islamic Revolutionary Guards Corps operate directly under the control of Ayatollah Ali Khamenei. Yet there were no American calls to make Iran’s supreme leader a pariah.

The Saudis cannot understand how an Iranian regime that calls for “Death to America” is being treated by our nuclear negotiators in Vienna with the utmost respect. At the same time, the Saudi government is publicly rebuked, even though, in Saudi eyes, they show no public hostility toward America or its people. Saudis see Iranian expansionism undermining Lebanon, Yemen, Syria, and Iraq, not arousing the anger of the United States.

From the Saudi perspective, they see America’s offer of a trillion dollars in sanctions relief in exchange for a bad nuclear deal as an existential threat to their kingdom. According to Middle East expert Khaled Abu Toemeh, “The Saudis and their allies in the Gulf appear to be wondering why Biden is threatening them with ‘consequences’ simply for trying to protect themselves from soon being annihilated by Iran.”

During my meetings, one recurring issue seemed to irritate the Saudis more than anything else, the lack of respect for a proud and independent Saudi people. Whether expressed as angry American statements or condescension, the attitude is perceived by the Saudis as representing a contemptuous patron-to-client relationship, which seriously offends their cultural sensibilities.

They see the American demand to choose the United States over the Chinese and Russia as unrealistic, as the Chinese are their most important trading partner, and Russia is a member of OPEC+. When they repeated the Saudi talking point that they are only one of twenty-three nations in OPEC+, I reminded them that in the past, they have unilaterally changed oil production to help American interests, overruling OPEC nations. They did not have a response to that. The Saudis need to show some flexibility as they know their American weapons systems must be maintained and resupplied, and they cannot quickly transition to the Chinese.

What is not appreciated in the United States is the profound difference in how the monarchy has changed the attitude of the clerical orthodoxy to become more tolerant and condemn radicalization. The Saudi secretary general of the Muslim World League visited a concentration camp with the American Jewish Committee, a symbolic act that should not be underestimated. This is a welcome change after Saudi proselytizing and funding in the twentieth century, which was perceived to be responsible for the radicalization of Islamic communities around the world.

As the president of the Foundation for Defense of Democracies, Clifford May, said, “Mohammed bin Salman has some legitimate grievances.” After Biden vowed to make MBS a pariah and removed the designation of the Iranian-backed Houthis as terrorists, the Saudis questioned America’s commitment to the relationship. However, they are equally aggrieved that President Donald Trump ignored the Iranian attack on their oil facilities and removed U.S. Patriot missiles from their defense systems.

Recriminations are not the path forward for American or Saudi interests. America should be focused on supporting the Iranian people’s desire for regime change while repairing our essential relationship with the Saudis for our national security interests.