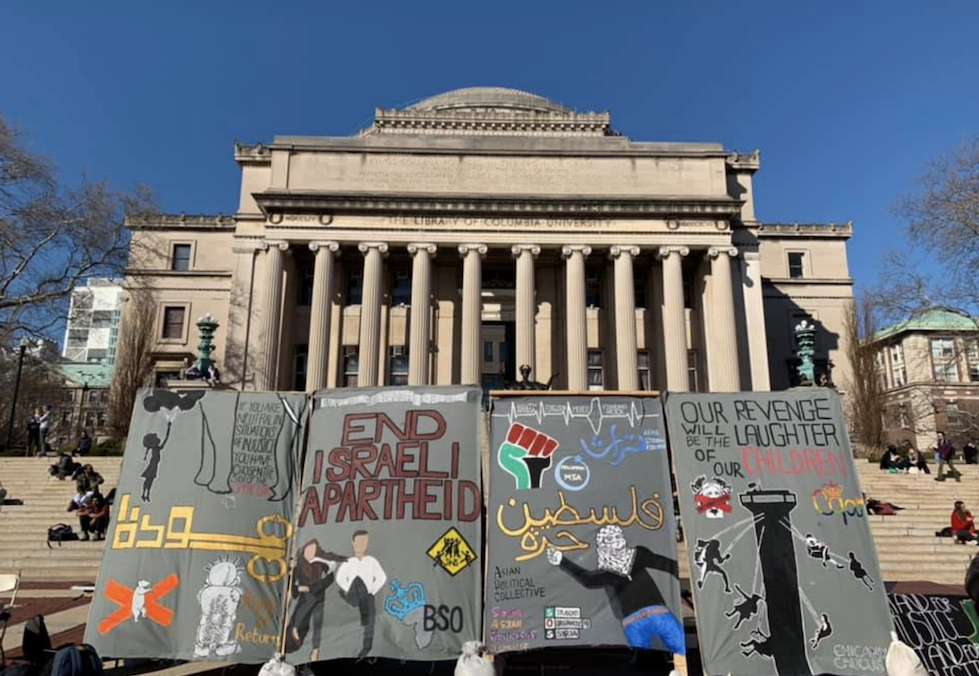 Published in the August 8, 2022 issue of the Jerusalem Report.

In Israel recently, I was chatting with friends who are Zionist thought leaders. The next day one of them met with a leadership group to discuss how to combat the BDS movement, which denies the Jewish people the right to a homeland, and like the UN, holds Israel to an unrealistic standard that isn’t applied to any other country.

My advice is to go on the offensive, as you will continue to lose the argument playing defense all the time. This is not a revolutionary thought, but many Jewish organizations only sheepishly defend Zionism lest they offend its critics. It would be helpful if their focus expanded from the despicable antisemitic right and targeted the progressive anti-Zionist far-left, arguably the more dangerous threat.

Despite Palestinian leadership’s misogyny, intolerance of LGBQT+, dictatorship-style treatment of journalists and their citizens, and kleptocracy, America’s progressive left allies with the Palestinian Arabs, who share little of their supposed universalistic values. Here are some narratives to use to go on the offensive.

According to an article in the Philadelphia Gay News by Mark Segal, “Israel might not treat Palestine well, but Palestinians in power currently wish to condemn and sometimes kill LGBT people. Mahmoud Ishtiwi, a former commander in the armed wing of Hamas, who, according to The New York Times, “was accused of moral turpitude, by which Hamas meant homosexuality,” was tortured and shot to death in 2016. Whether he was gay is a matter of dispute; what is not in dispute is that Hamas used homosexuality as a legitimate reason to kill him. If you call out Israel for its treatment of Palestinians, why are you not calling out Hamas and the Palestinian Authority police for their treatment and killing of LGBT people?”

Edy Cohen from the Begin Sadat Center for Strategic Studies at Bar-Ilan University wrote, “In the Palestinian Authority, gay activists and the LGBT community are subjected to continual and severe persecution. This persecution comes directly from the PA. As one gay organization wrote on its Facebook page: “We have received hundreds of hate messages and threats to our lives. The assault against us is without precedent. We are called traitors and degenerates; there are even calls to eradicate us. We fear for our lives. Israel is considered a paradise for the LGBT community. It is the only place in the Middle East where either society or the authorities do not persecute gays. There are dozens of cases of gay Palestinians from the PA, and even from the wider Arab and Muslim world, who have sought refuge in Israel from the persecution they suffered in their own countries.”

So why are the BDS warriors on college campuses only intimidating pro-Israel students and not erecting walls of commemoration to decry the torture of Palestinians by Palestinians?

Last year, Hamas rockets from Gaza killed 16-year-old Israeli Arab girl Nadine Awad, six-year-old Bara al-Gharabli, and 14-year-old Mustafa Mohammad Al-Aabed from Gaza – Hamas rockets meant for Jewish children. It is a Palestinian war crime, targeting civilians, repeated so many times it’s just expected of them, but it’s a human tragedy every time, no matter whose children died. Memo to anti-Zionist progressives, if the weaker party are also terrorists or support them, as the PA and Hamas do, they are never on the right side of morality.

Progressives are apoplectic about Saudi human rights issues but are silent about the Palestinian Authority’s abuses. According to Arab Reporters for Investigational Journalism, “61% of (Palestinian) Detainees Have Been Tortured” by Palestinian security forces. “On February 22, 2021, Palestinian Prime Minister Mohammad Shtayyeh stated that the West Bank security apparatus does not detain people for freely expressing their opinion. The truth was far from that; in the same month, the Independent Commission for Human Rights recorded nine complaints related to political arrests made by the security services in the West Bank, whose head is the Prime Minister himself.”

Issa Ahmad is a young Palestinian man whose first “political” detention occurred in 2018. He was tortured for nineteen days and subjected to “strappado” or reverse hanging, which keeps the detainees standing or sitting in painful positions for a long time while their hands are tied.”

Abu-Antar’s case is one of more than 2,600 arrests documented in the West Bank between 2015 and mid-2021. The investigation is based on only the number of complaints filed by detainees or their families with the Independent Commission. This means that the actual number of cases is undoubtedly higher.

So where are the Israel-hating Squad and their ilk? Are the 61% of cases who experienced torture by the PA in violation of the international conventions signed by the PA immune from condemnation because acknowledging it doesn’t fit the theme of demonizing Israel?

Progressive groups in the US are up in arms defending the rights of the indigenous people of North America. However, when it comes to the 3000-year-old history of the indigenous Jewish people in Israel, who were present in the region hundreds of years before Islam even existed, they choose their own set of facts to fit the progressive dogma.

Palestinians routinely deny the authenticity of archaeological finds that confirm the Jewish presence in Israel while making false claims about the longevity of their presence in the region. For example, an article in the Jerusalem Post revealed:

• Palestinian archeologist Abir Zayyad said on PA TV, “We have no archaeological evidence of the presence of the children of Israel.” I guess he missed the thousands of Jewish Mikvehs (ritual baths) everywhere in Judea and Samaria (West Bank).

• Novelist Haidar Massad on Palestinian TV said Palestine has always been Arab and “the children of Israel were never there.”

• Palestinian Minister of Foreign Affairs Riyad al-Malki “claimed during a UNESCO session that Palestinian culture was 10,000 years old. PA President Abbas says the Palestinians are the original Canaanites. Pinocchio, where are you?

When Palestinians deny obvious archaeological evidence of the Jewish people’s presence throughout the land of Israel for millennia, everyone just smiles, expecting them to lie, and gives them a pass.

According to Nitsana Darshan-Leitner, director of Shurat HaDin, a law center challenging those who seek to delegitimize the Jewish State, ”Anyone looking at the human rights situation in the Palestinian Authority will see an appalling reality, with torture in Palestinian prisons being just one example of its egregious violations of fundamental human rights. The situation for women, children, homosexuals, and minority groups in the PA is even worse. According to Palestinian law, a husband is allowed to rape his wife. Women are forced to marry the rapist who impregnated them. Homosexuals are brutally persecuted, and so-called “honor killings” are still prevalent. These and many other injustices are commonplace in the Palestinian Authority and are met with leniency by the authorities. Particularly disturbing is the conspiracy of silence on the part of other countries, the international media, and international human rights groups. Not only do they turn a blind eye to these violations, they mainly pin the blame obsessively on the ‘Israeli occupation.’”

Even the habitually anti-Israel Human Rights Watch acknowledged recently that the “Palestinian authorities systematically torture critics in detention, a practice that could amount to crimes against humanity, calling for donor countries to cut off funding to Palestinian security forces.”

Yet incomprehensibly, President Joe Biden has restored 500 million dollars to the PA without receiving a single Palestinian reform. The PA continues to subsidize terrorists and their families, which means that funding them violates the American Taylor Force law. Last year Nizar Banat, an outspoken critic of the Palestinian Authority, “died after Palestinian security forces stormed his residence in the middle of the night and beat him with metal batons.” An autopsy found fractures, bruises, and abrasions all over his body. The director at HRW said, “Systematic abuse by the PA and Hamas forms a critical part of the repression of the Palestinian people.”

Anti-Zionist progressives and their allies in places like the Presbyterian Church USA put a target on the back of seven million Jews in the land of Israel. This June, the Church completely delegitimized Israel’s right to exist by passing a resolution, “On Recognition That Israel’s Laws, Policies, and Practices Constitute Apartheid Against the Palestinian People.”

It joined anti-Zionists from Human Rights Watch and Amnesty international in equating the Jewish state with white supremacist South Africa. This faith-based denomination has been obsessed with the Jews living in Israel for decades. They have seemingly no voice for the one million Uyghurs in China in concentration camps or the genocide of Syrian dictator Assad. But a new bathroom built over the Green Line, that’s a crime against humanity.

Far-left progressives use the politically convenient but false argument that Judaism is only a religion as a ruse to justify their fight for a Palestinian state in all of Israel, pretending, as though they’ve never read a history book, that there is no such thing as Jewish people.

How do you go on the offensive to fight BDS?

We need to state unequivocally that BDS is not about helping Palestinians’ human rights but is about destroying the Jewish state. It is antisemitic or Zionophobic, as my friend Professor Judah Pearl calls it, but in the end, it is simply a modern-day version of ancient Jew-hatred that has reared its ugly head in the guise of anti-Zionism, even when it comes from the loudly self-hating Jewish professors indoctrinating our children at America’s elite universities.

In 2017, UN Secretary-General António Guterres condemned calls to destroy Israel as a “form of modern antisemitism.”

“I do believe that in particular when you mention those who call for the destruction of the State of Israel that that is a form of modern antisemitism,” Guterres told former president Reuven Rivlin at the President’s Residence in Jerusalem.

That is precisely what BDS is. So my advice to my friend speaking to Jewish leadership about how to confront BDS. It’s time for mainstream Jewish organizations to stop being afraid of offending Israel’s enemies, especially the sacred cows of the progressive left. Confront the heinous far-right but also the far-left who pervert social justice to advance an anti-semitic agenda. If we want a fighting chance to prevail against Jew-hatred in all its forms, it is time to take off the gloves and go on the offensive.