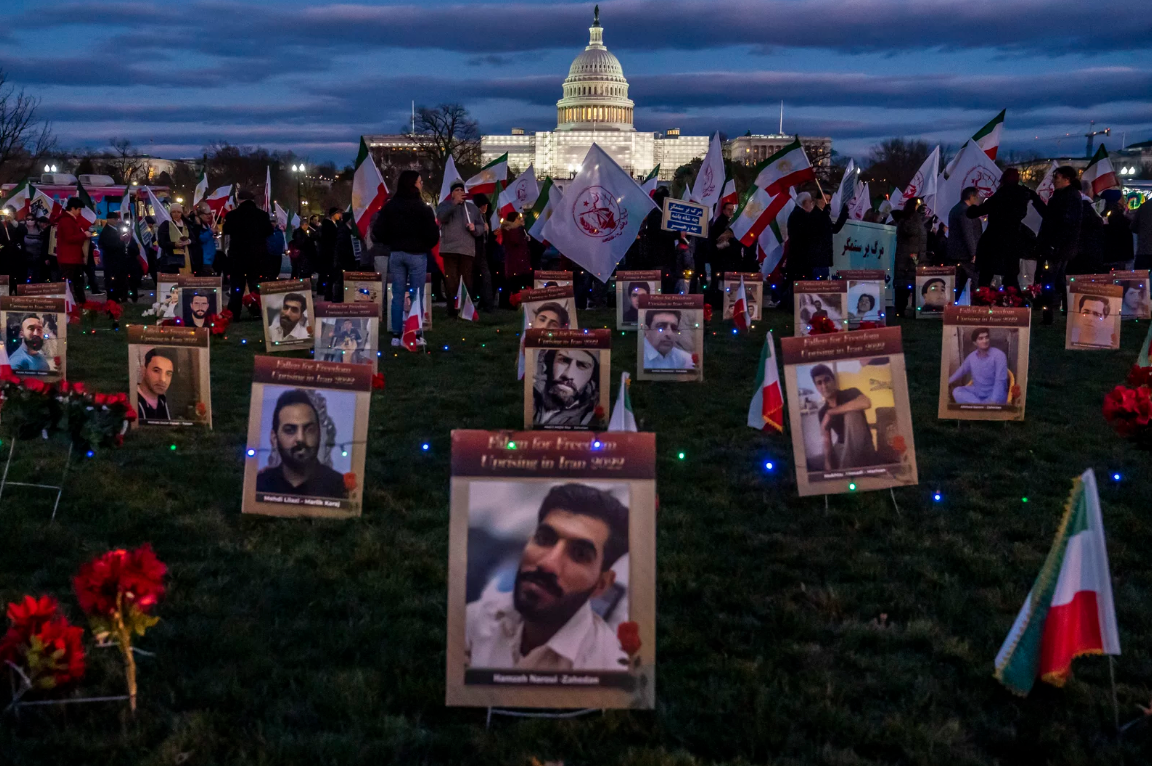 The Washington Institute of Near East Policy’s Hanin Ghaddar has written, “The Lebanese, Syrians and Iraqis look today at Iran and feel a sense of hope, because they know a change in Iran means a change in their own countries.” This is because those nations are held hostage by an Iranian regime on an ideological quest for hegemony and absolute power.

The key to a more prosperous, democratic and stable Middle East is the success of the Iranian protests. If regime change takes place, Iran’s proxies in Syria, Lebanon, Iraq, Yemen and elsewhere will begin to collapse. This is not just in the interests of the world in general, but also the U.S. in particular.

So why have President Biden and his administration failed to support the Iranian protestors’ demand for regime change? They may still hope for a new nuclear deal and worry that meaningful support for the protests would be the final nail in its coffin. They could also be listening to their intelligence services, which don’t believe regime change is possible. But those agencies didn’t see the Arab Spring coming either.

In a Wall Street Journal article titled “Why Iran’s Protests Could Topple the Regime,” Reuel Marc Gerecht and Ray Takeyh wrote that the intelligence community’s assessment is “colored by the disappointing results of the Arab Spring and Western military interventions in Afghanistan and Iraq.” However, they say, the assessment is “too pessimistic. The Islamic republic’s rulers … surely know that these demonstrations aim to foment revolution, not reform. And they have reason to worry that the demonstrators will be successful.”

The Biden team appears to be married to the failed Obama strategy of realigning U.S. Middle East policy away from America’s traditional Arab allies. In an interview with Jeffery Goldberg of The Atlantic in 2016, then-President Obama said that our Middle Eastern allies need to “share the neighborhood” with Iran. His respectful engagement with the Iranian regime while ignoring their human rights abuses and support for terror bore this out. Clearly, Obama believed that if we were a little nicer to the ayatollah, he would reciprocate. We are still paying the price for this mistake.

America’s national security interests in the Middle East demand stability and the empowerment of domestic democratic movements. Unless American policy changes and helps the Iranian people control their own destiny, we will not only condemn the Iranian people to decades of savagery, but bequeath an irreparable Middle East to future administrations.

President Biden must unequivocally state that the American people are behind the Iranian protestors and their desire for non-violent regime change. In addition, it is time to target the source of Iran’s nuclear program, human rights abuses and desire for empire—supreme leader Ayatollah Ali Khamenei.

We should sanction Khamenei and every member of the Islamic Revolutionary Guards Corps (IRGC) under the Global Magnitsky Human Rights Accountability Act, which authorizes the President to impose sanctions against any foreign person (or entity) who “is responsible for extrajudicial killings, torture or other gross violations of internationally recognized human rights. … Is a government official, or a senior associate of such an official, that is responsible for, or complicit in, ordering, controlling or otherwise directing, acts of significant corruption. … Has materially assisted, sponsored or provided financial, material or technological support for, or goods or services in support of” such activities.

Khamenei and the IRGC certainly qualify under all these stipulations.

At home, there is bipartisan support for helping the protesters. This means sanctions, verbal support and non-lethal aid. Don’t be misled by the chorus of naysayers who claim this will lead to American boots on the ground. Fortunately, this bipartisan consensus makes sanctions on Khamenei and the IRGC possible.

Such a policy shift would be important for America’s place in the world. Obama thought that the U.S. was just another country, but an America that takes the lead more often than not creates a safer and more stable world; so long as we lead with humility and respect for others, and stick to our democratic values.

As Michael Mandelbaum, director of the American Foreign Policy Program at the Johns Hopkins University School of Advanced International Studies, wrote in his 2006 book The Case for Goliath, the world takes it for granted that American leadership is essential to global security and prosperity. Gary Rosen wrote in Commentary that, to Mandelbaum, we are “the world’s government—not an exploitative overlord but a too-often unappreciated provider of essential services. … America’s international commitments form the bulwark of world peace.”

President Biden, America needs to be on the right side of history. Please choose the leadership path of Franklin Roosevelt, Truman, Washington and Lincoln, who saw beyond conventional wisdom and promoted freedom and democracy when and where it was possible. Today, it is possible in Iran. Support the Iranian people and sanction the supreme leader and his minions. Not doing so is a choice we will come to regret.